Why Buy Sex Toys When You Have so Many Household Items to Use!? 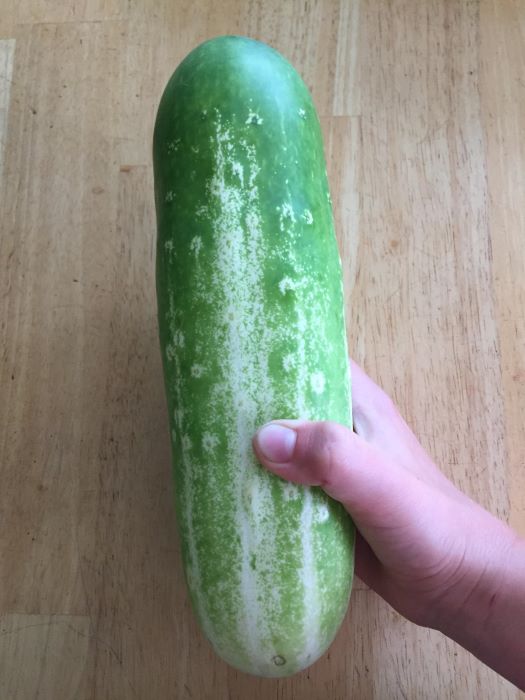 There’s one thing callers frequently confess to, and that’s using household items like sex toys. There is no shortage of men who have said they use everything from carrots to candles up their ass. All in search of that perfect orgasm they are always chasing. One even said he got an apple up there. Another told me he used uncooked ears of corn, and then he boiled them and served them to guests at a barbecue.

You have no idea the depraved things men are doing with fruits and vegetables. Holes carved in everything from pumpkins to watermelons. Peeled bananas eaten, and the skin, normally tossed away, wrapped over their cock. One caller was afraid his wife would find any sex toys, so he stuck to household items. Because of this, he regularly used carrots and candles up his backside. Keep in mind if one of these items breaks, the chances are high you will not be able to get it out yourself.

You will need to go to the emergency room.

It will likely be one of the most embarrassing episodes of your entire life. Much worse than wifey finding a prostate massager. The entire hospital staff will know in minutes. How do I know? Because doctors also call and have laughingly related the household items used as sex toys they’ve extracted. Everything from Barbie dolls to pine cones to potatoes. They’ve seen it all. A good place you could hide some real sex toys you don’t want wifey to find is a fishing tackle box or a similar location you know she won’t think of searching.

Fruits and vegetables are very common choices for cheap, disposable household items. One man that was too cheap to buy himself a Fleshlight crafted his own version that he proudly described to me. It was made from a section of PVC pipe he then wrapped a heavy-duty plastic bag around. Just dispose of the bag when done! Doesn’t sound as comfortable as the Fleshlight to me.

One man even described his selected household items as raw meat.

I believe his choice of household items was a pork chop. He wrapped it around his cock, came on it, and then threw it away. Imagine having your crotch smell like uncooked pork chops. Every dog in the neighborhood would be chasing you down! Let’s hope he showered after, but knowing most men, I doubt he did. Who would think of a trip to the butcher shop as a time to pick out an object for self-pleasuring? And with the price of meat!

He bends his pillow over and humps it.

He said it felt like someone else’s hand doing it.

For fetish phone sex, give me a call! Read more of my blogs for dirty floor sex.