Hot Fun With My Ex and His Girlfriend, Part 2 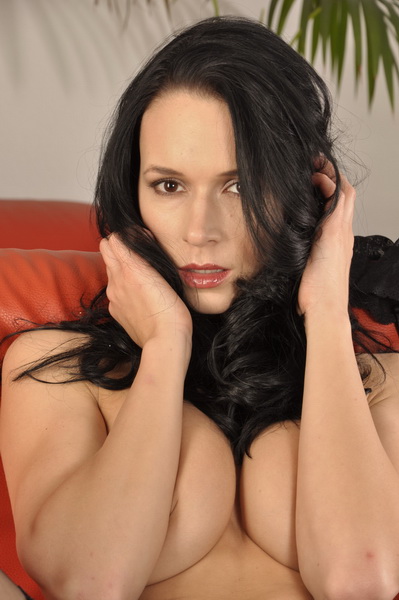 I was going to get revenge on that bitchy girlfriend.  Read how it all started here.

That bitch was rude to me.   I watched Raul’s girlfriend Emily wandering around the party, trying to smile and act like everything was fine but I knew she was wondering where the hell her boyfriend had disappeared to.  I knew where he was.  He was probably napping in the bed where he just fucked me.  Napping or waiting for me to come back for more of his cock.  It was tempting but I had other plans.

I walked over to Emily who was now in the kitchen pouring herself a shot of Tequila.

“How’s it going?” I asked in a friendly manner.  She glanced up and when she saw it was me, she looked behind me and sort of scanned the room.

“No.  Was I supposed to be watching him for you?”  I asked smiling.  She caught my mocking tone.

Her face reddened and she laughed uncomfortably.  She shook her head as she poured another shot and downed it in one gulp.  “No, but I saw the way he was looking at you.  I thought maybe he left with you.”

I glanced around the room.  “Well it does appear that he left.  Just not with me.  Maybe he found a blonde.  He likes blondes.”  I said casually.  I saw the pain in her eyes and it made me happy.  I poured another shot of Tequila into her glass but it took it from her and gulped it down myself.

“He’s an asshole, you know.  I’m sure he will keep cheating on you just like he cheated on me.”  I said.  I wasn’t really aware that Raul had ever cheated on me.  In fact, he spent almost all of his time with me when he wasn’t working so it wasn’t likely.  But telling her that was satisfying, especially when I saw tears welling up in her eyes.

Now I feigned sympathy.  I put my hand on her shoulder and said in my most genuine voice, “Oh, girl.  He’s not worth it, really.  Don’t cry.”

She took a deep breath, trying to compose herself.  “I just love him so much.” she whispered.

I took her hand and led her upstairs.  I opened the bathroom door and led her inside.  I put my arms around her and kissed her on the lips.  “You can do so much better.”  I assured her.  “You’re too fucking good for him.  If you wanted me, I would say yes in a minute.”  I moved my hands up and down her body.

She stiffened a little and looked confused for a second.  “Really?” she asked.  “You would… have sex with me?”

I put my hand on her tit and gave it a gentle squeeze.  “My god, yes.  You turn me on so much.”  I kissed her, pushing my tongue into her mouth and felt her hands go right to  my ass.   We stood there for a minute, kissing and touching each other.  I leaned back against the sink and spread  my legs open.

“Please, Emily.  Please eat my pussy.  I need it so bad!” I said as I pushed my panties aside and gently grabbed the back of her head.  She needed no further convincing.  She dropped to her knees and pushed my legs apart.

As we walked out of the bathroom, Raul was just coming out of the bedroom where I left him.  He stared at Emily and me in confusion.

“Raul!  Where the fuck were you?” she said angrily.

“Me?  What the fuck were you doing in there with her?” he retorted.