Hot Fun with My Ex and His Girlfriend, Part 1 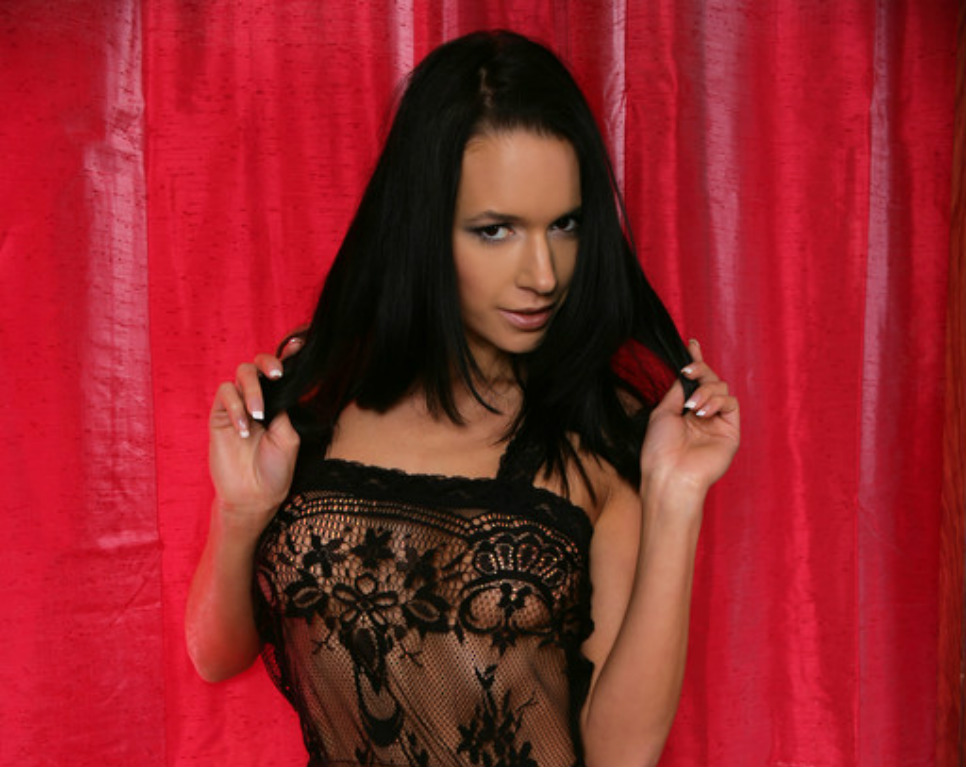 I ran into my ex boyfriend at a party the other night.  I was talking to one of the other guests when I felt a tap on my shoulder.  I turned and was face to face with Raul.  He was smiling at me.  I was annoyed with myself when I realized my clit began throbbing the moment I looked at his face.  My body always seems to betray me this way.  But Raul was one of the best fucks I had ever had so maybe my body just couldn’t help but react to him this way.  Despite my quivering clit, I played it cool.

“Hey.” I said with a cold smile and turned back to the guest I was talking with.

He tapped on my shoulder again and this time I turned with my eyebrow arched in a “what the fuck do you want” manner.  He laughed at this.  “Why are you being so cold toward me, Sabrina?”  he asked.

“Yes, but that doesn’t mean you can’t still be sweet.”  He put his arms around my waist and led me away from the group I had been chatting with.   I melted within seconds and soon we were standing close, our hands touching, catching up with what we’d each been up to since we last spoke a few months ago.

A short redhead walked over to us and stood there, looking from one to the other.  Raul glanced at her but then turned his attention back to me and kept talking, ignoring the redhead.  After a minute, I raised my hand to stop his chatter and asked the redhead, “Is there something you want?  We’re in the middle of a conversation here…”

She crossed her arms and glared at Raul.  “Aren’t  you going to introduce us, Raul?”

“Oh, Sabrina, this is Emily.” I stared at him, waiting for him to continue.  “My girlfriend.” he said quietly.

“Oh… nice to meet you.”  I smiled at her.  She looked me up and down and then leaned over to Raul.  “When you are ready to walk away from this skank and spend some time with me, I’ll be over there.”  she pointed toward the kitchen area and stomped off.

“Skank?” I chuckled.  “I guess you didn’t speak about me too favorably?”

He put his arm around my shoulder and led me towards the staircase.  “She knows I still think about you all the time.  Including whenever I fuck her. Speaking of fucking… let’s fuck.”

“You’re joking, right?” I started to pull away from him but he grabbed my hand and led me upstairs to one of the bedrooms.  He pushed me onto the bed, yanked my panties off and then flipped me over on my stomach.  I raised my hips, getting my ass in the air knowing that I was soon to feel his warm tongue on my asshole.  Just like old times, he rimmed my ass and fingered my pussy, making me wet and begging for his cock.

“Back to the party.”  I said.  “Your girlfriend is down there, probably wondering where you are.  Any minute, she’s going to burst in here and go ape shit on us.”

He laughed, “Who gives a fuck?  She’s just a hole for me anyway.  She doesn’t mean nearly as much to me as you do.”   He sat on the bed and put his hand on his cock.  “I can be hard again in like two minutes…”

I kissed his lips and said, “I’m going downstairs.  Maybe you should wait a few minutes before you come down.”  I headed downstairs and went right to the kitchen where I grabbed a bottle of beer from the cooler.

When I glanced up, I saw Emily, wandering around with a frown on her face, apparently looking for Raul.   I decided that I would have a little fun with this cunt who decided to so rudely call me a skank.  I took a big sip of my beer and walked over to her, an evil grin starting to spread on my face…