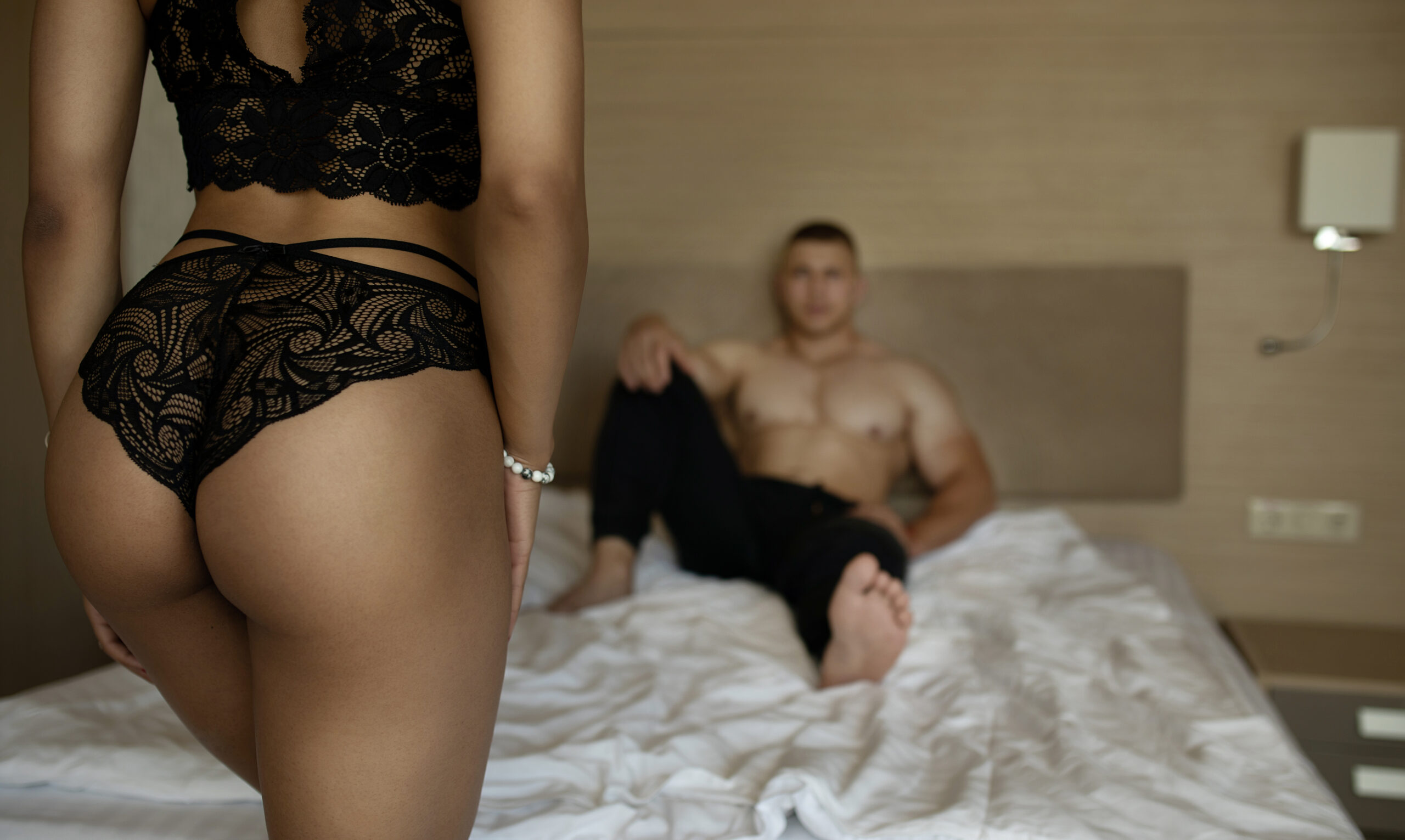 My new year went out with a bang – literally! To be honest, I expected a quiet New Year’s Eve this year.  My girlfriend was having a small party at her place, a few towns over.  And I was looking forward to that.  A nice intimate gathering with some good friends.  However, I found an even better way to welcome the new year.  And that was with some hot anonymous sex with a complete stranger!

Hot anonymous sex is always on my mind

I can be doing something completely simple like grocery shopping.  Soon, my dirty mind is wandering.  I think about fucking the complete stranger buying milk next to me.  Sometimes, I eye the cashier and fantasize about giving him a nice sloppy blow job right there while he is ringing people out.  I just can’t help myself!  I want to fuck all the time.  Sometimes it’s even better to not know anything at all about a person.  Including whether or not you’ll ever see them again.

I decided to get a hotel for the night

I love spending time with my friends.  But after a night of partying, I want my own bed to sleep in.  And my girlfriend was going to have a full house that night.  Lucky for me, she lives right downtown.  And there is a very nice hotel just a block away.  So, I booked a room.  I wasn’t looking for hot anonymous sex.  But I can’t say I wasn’t eyeing every guy in the hotel lobby as I was checking in.  There was one particular man sitting at the bar who really caught my eye as I waited for the elevator.

When I came down, the stranger was still there

I had some time to kill before the party.  So, I sauntered over to the bar and sat right next to him.  Already dressed for the celebration, I knew I looked hot.  I had a short red satin dress on.  Along with my five-inch silver stilettos.  And I had one thing on my mind at that point:  having hot anonymous sex with this man.

How could I tell him I just wanted to have hot anonymous sex?

He looked over at me and reached his hand out as if to shake mine.  I didn’t want the formalities of learning his name. So, instead of taking his hand, I put my finger right against his lips silencing him.  He looked perplexed for a moment.  Until I slid my other hand onto his thigh.  I hoped my desires were clear even though I hadn’t said a word.  He took another sip of his drink.  And that’s when I made my move.

I stood up and pulled my extra keycard from my purse.  I put it down on the bar and pushed it toward him.  Then I whispered in his ear, “Room 310.”

Hot anonymous sex was on the table

I walked back to the elevator feeling his eyes on me.  Once I was back in my room, I slipped out of my dress and laid back on the bed.  My panties were already dripping in anticipation of this stranger having his way with me.  Soon, I heard the door being unlocked.  He walked in and admired my sexy black lace bra and panties.  Then he came right over and climbed on top of me.  I felt his hard cock already pressing against his pants.  Quickly, I unzipped them and pulled his dick out.  Then, he yanked my panties down exposing my perfectly shaved pussy.  I parted my legs and felt him push that big cock right inside.  He was kissing me passionately and thrusting into me.  He buried his face right in my tits as he came deep inside of me.

As he rolled over onto his back and tried to catch his breath, I stood up and put my dress back on.  And I gave him a sly smile as I walked out the door.  Hopefully, he wouldn’t be there when I got back.

Want to hear more?  Call me for some hot phone sex!