Halloween Sex Party: We Made The Guys Get Wild. 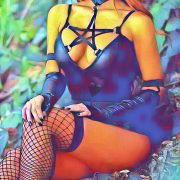 Here is the story of my friends and I.

A story of our Halloween sex party from last year. Four hot college girl psych majors with wicked minds ready for an unforgettable night. The party included the four of us and two guys that we’d invited to my friends’ cabin in the woods.

Let’s get in the spirit of this dark time of year.

And spark the flame with a bit of Halloween cheer.

So ready or not here we come, get ready!

If you knew what the wicked thoughts our minds held you’d run.

BUT you’re drawn in by our alluring spell.

So come and enjoy this torturous HELL!

My girls and I arrived at the cabin in the woods in full custom. I and another friend wore and sexy witch custom. Black pointy hat, white ruffle crop top, a short tight black skirt for me and a flared satin black skirt for my friend. Fishnet stockings and thigh-high leather boots. We practically matched. The other wore a sexy nurse custom. It was red and white with the little cap to match and ready heels. Last but not least was the very sexy kitty cat. Kitty ears, face fully painted, black lace bra, black biker shorts, and black heels.

We’ve been preparing for this Halloween sex party for a while. With the stress of school and all, this is the perfect way to release all of our stress. The guys were already parting with the music cranked. As we entered, they greeted up with beers in hand as well and sloppy kisses.

We decided to start preparing for our Halloween sex party.

It was earlier than expected but we knew to keep the timing right with how we wanted to proceed with the nights’ activities. I sashayed to the backroom to prepare the toys as one of my fellow mates prepared the boys drinks and the other two girls kept them occupied.

While my two hot college girlfriend are in the living room distracting the guys my sadistic nurse friend was in the kitchen putting a little “Devils Breath” on the beer cans and smearing some on used sexy panties to tease the guys with. 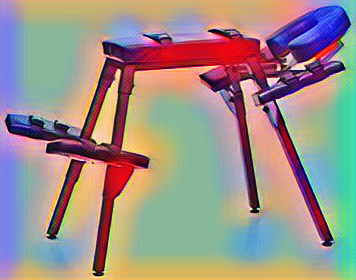 Time for this Halloween sex Party to start.

We promised more action after getting some drinks from the kitchen. TIME FOR ACTION!! They chugged the beer down right then and there. Right after the sexy nurse talked them into suck those extra panties clean. Can you imagine the devilish stares that I and the other girl exchanged? I got a hard rush from it.

What happened next was epic!

We continued our Halloween sex party in the living. A couple of minutes later the guys had NO mind left. They sat there in a daze, a time warp of sorts. Just to make sure we can do what we wanted I put them further under with my hypnotic spell. They just sat there with drawl running down their mouth. We gave a few commands to make sure everything stuck as planned.

They took a lot of punishment from those toy and well as the screws we inserted in their peakers without lube. We wanted to sit back from the torture we’ve given and watch. So on command, they sat up and began to kiss each other deeply. With another command they started to rub each other cock. We wanted more so us two witches got up to remove the rods in the pee holes.

Force really isn’t force when you’re under a hypnotic spell.

Commands were being thrown at the two guys and watching them obey had us almost pissing our pants while we watched them use the apparatuses we supplied for them. These two macho men were there sucking each others penis’s. Using the multi-sized butt plugs on each and licking the plugs while they played swords with their peakers.

Us girls voted on who would be the bottom and the top prior. They both played football and had a very large muscular build. One was the typical man. He knocked everyone around and was very assertively over-aggressive to the woman. Why not force this guy to be bi? He was instructed to get on the sex bench facing down and duck taped his arms and legs around it to give the other guy a good solid base.

After moving out of the way I commanded the other guy to get his puss and he literally runs into the other guys’ asshole. He pounced on him like he was the last thing living to be fucked. Tears were streaming down the macho man’s face and he said the words we commanded: “take my cunt” with loud grunts. Paired with the use of the electron sound wand which the sexy kitty used both “guys” came tremendously.

That’s not all our Halloween sex party had to ofter folks.

Can you handle a hot phone sex operator with a mind like mine? Come and try me and see if you’ll make it to the time.