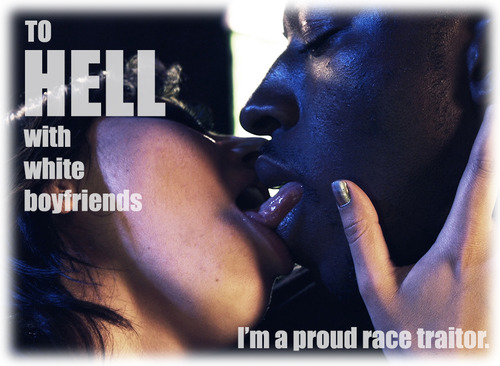 I had never imagined how much fun a big black cock could be. I’m not really racist. However, growing up where I did, I just never thought about really being with a black man. Well after my divorce I met a guy and jumped right into a relationship with him. He was so much fun! Like no one I had ever met before. He was spontaneous and wild. Definitely a bad boy but I didn’t mind at all. In fact, that was a big turn on for me! We spent a lot of time partying. Drinking, drugs, late night poker games and lots of sex.

One night Devon (that was his name by the way) told me he was having a high stakes game at his house. I was practically living there so I knew it wouldn’t be an issue if I just crawled in bed if I started to get tired. And of course, that’s exactly what happened. The night got late and I said goodnight to Devon and his buddies. As I walked away I heard one of the guys tell Devon “Damn, what do I have to wager to get a piece of that?” I just smiled to myself and continued into the bedroom to strip down naked and crawl between the silk sheets, hoping that when it was all over, Devon would come in and give me some dick.

He did but not in the way I anticipated.

The lights were out, with just a small glow coming in from the hallway when I felt the mattress give under someone’s weight behind me. I scooted closer in my half asleep state, nuzzling my ass into the cradle of his hips, feeling his dick press against my ass cheeks. His hand slid from my hip up my side, to my rib cage and then over to cup one of my tits. I moaned when he squeezed my big breast and started rolling the already hard nipple between his fingers.

“MMM Devon baby, that feels soo good. Fuck, don’t stop” I murmured to him. Then I gasped as he pinched my nipple hard and I felt my pussy clench.

“It ain’t Devon, Melissa. It’s Andre. You’re mine tonight. Your boy made some bad gambles tonight and didn’t have the cash to back it up” He smirked and ground his big black cock into my ass and I couldn’t trust what I was feeling. It felt like that cock reached the small of my back! I put my hand behind me and tried unsuccessfully to wrap my hand around it. My fingers wouldn’t even touch! I stroked my hand up the length, and up and up…. Damn! This was the biggest dick I had ever seen! Let alone gotten hands on with!

“You getting an idea of what’s gonna split you open, girl?” I could hear him chuckle even over my gasp. Even the thought was sending spasms of pleasure through my whole body. He turned me and pushed me down until I was face to face with that big black cock. I struggled and finally got it into my mouth, able to take it slowly into my mouth. My eyes started to water and I gagged, but I still wasn’t able to take it any more than about half way.

“That’s alright, girl. You’ve got a hole that I know will take it all” He moved me onto my hands and knees, pushing on my lower back until I had it curved down as far as it would go. My thighs were already trembling as I felt him bring the head of that monster cock to me. He pushed in the head and it felt like my pussy was being torn in half. I had never been so full in my life. But he kept pushing and finally sheathed himself balls deep in my sweet pink twat.

He kept pumping that big black cock into me until I wasn’t just moaning.

I was screaming with the pleasure. He held my hips and pounded into me until I came, feeling him bust his big sticky nut right after. We both fell asleep, exhausted.

The next morning when Devon came home, I’m sure he was shocked when he saw my note telling him I was leaving him for Andre. Yeah, he got dumped for a black dude!