Girlfriend Experience; A Special Night For My Sexy Boyfriend 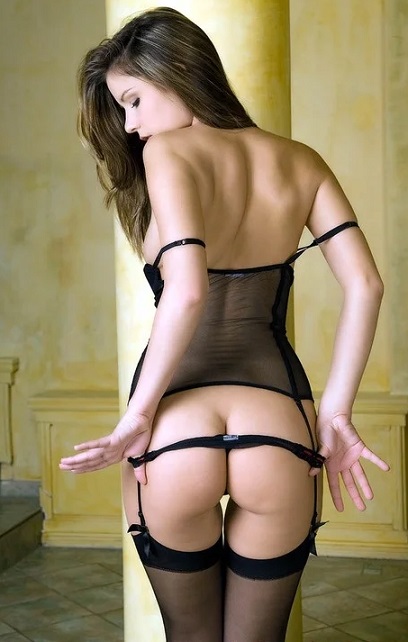 Girlfriend Experience For My Sexy Boyfriend

I love the guy that I’ve been seeing. He’s a lot of fun and I can see falling in love with him. I’ve been treating him really well. Making him his favorite foods for special dinners, and being extra affectionate, with some surprise blow jobs. No guy is going to turn down a surprise blow job when he’s not expecting it. I was almost like his personal sex slave. When he came over the other night, he wasn’t in my door for five minutes before I had his dick in my mouth. He loves things like that. It’s all part of the girlfriend experience, and I love that. Making a guy happy makes me happy in return. They often go out of their way to reciprocate, I find as well. So everyone’s happy.

I made us a special candlelit dinner the other night and had worked all day on making the dinner and dessert. I answered the door in the new lingerie I’d bought. He loved it. I was going to have my dinner wearing it. A feast for his eyes, as the dinner was for his appetite. I knew we were going to have some passionate sex that night, and he kept looking at me like I was delectable. After dinner we went to the bedroom and I’d set it all up with candles and flowers and rose petals on the bed. As I lit the candles, he undressed and made his way to the bed.

I Made Every Move Count

I knelt down and took his already hard cock in my hand, moving it up and down. And I loved to stroke him and get him hard. He was so aroused by what I was wearing and how attentive I was towards him. I suckled on his balls as I stroked him and then moved his cock towards my mouth. And I got it all wet and sloppy and he moved back on the bed, and I straddled him. I sank down on his cock and began to ride him. Girlfriend experience sex can be so passionate and intense.

He Worked My Nipples So Well

I slowly rocked back and forth on top of him, his hands on my hips. He helped me glide up and down on his hard shaft. He moved his hands to my nipples and toyed with them, making them stiff, pink peaks beneath his fingers.  And then He licked his fingers and then placed the moist pads on them. I rubbed my clit against the base of his cock. It felt so good as my wetness coated us and made for a slippery ride. My tits shook back and forth as I worked myself up and down his stiff pole.

The Blindfold Made It Even Better

I told him to reach into the bedside table beside him and there was a blindfold I’d placed in there. He put it on me and began to tease me all over with his hands. I felt his fingers tease my clit as I rode him. I knew orgasms would not be far off the way things were going. He worked my clit and I bucked against him. He worked his thumb in tiny circles against my clit, and I soon felt the waves of orgasm crashing around me. It was heavenly. I continued to work my cunt up and down his dick so he could seek his release. I couldn’t see anything with the blindfold on, it was sexy and mysterious. Also, a bit like having sex with the lights out, lol.

I moved faster and faster on him and I told him it was going to happen again. That was it, my clenching cunt clamped down on his shaft and squeezed it so hard as I came. It milked him incredibly hard, and he shot his load into me. Jet after hot, salty jet squirted into my now overflowing pussy. It dripped out of me and onto his shaft. Pooling on his now drained balls. It was intense, and I collapsed on top of him, a sweaty, breathless mess. It was fantastic fucking and I can’t wait to have many more nights just like this.

Call Gisele for the best phone sex!  Any fetish or dirty fantasy.