Getting Caught Having Sex on a Cruise Ship at Night 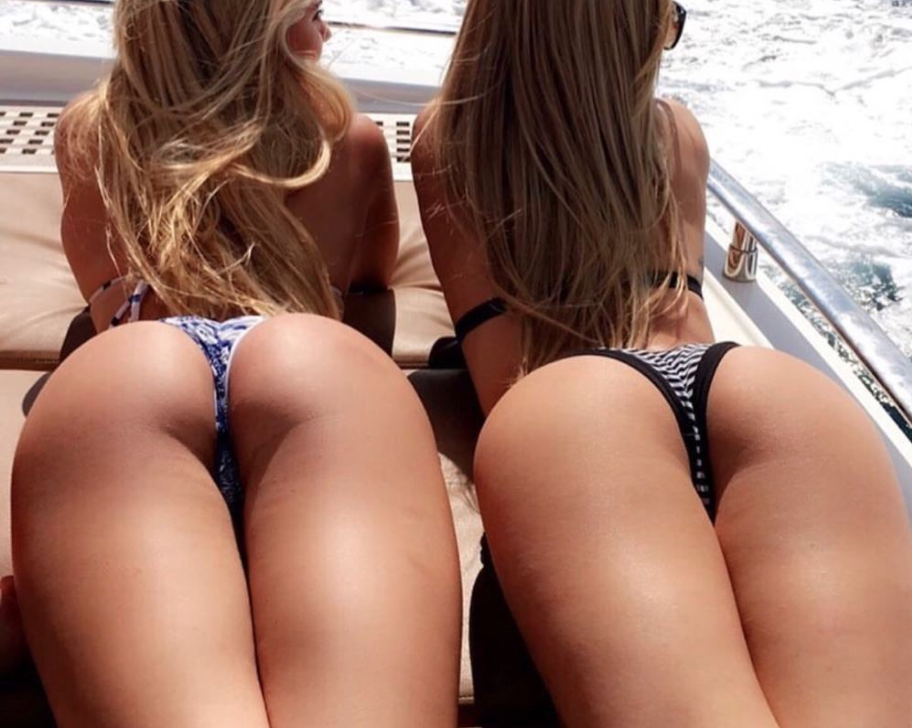 The thrill of getting caught having sex.

Getting caught having sex is usually a bad thing, especially if you’re still in school or living from your parents’ house! But as you grow older, the thrill grows bigger and better. The risk of sucking a big cock while driving or fucking in a car in a parking lot becomes something extra exciting. And of course, sometimes it just causes one hell of a ride! A few summers ago, I wanted to get a little fun vacation in, so I booked a week-long cruise down in the Caribbean. I brought a few friends along, so it was just me and two of my college friends, Lexie and Sabrina.

We spent our time loading up drinks, lounging by the pool, and shopping through all the beach-side towns it hit. Our summer was all drinking and indulging in the ambiance. That is until we grew starved for sex. We craved some no-strings-attached fun. We were on a cruise! We’d likely never see these people again. So why the hell weren’t we living it up? Finally, we grew insatiable. And the first thing we all subtly craved was getting caught having sex. Doesn’t everyone wonder about it sometimes?

We wanted to get fucked.

So one night after the other, we hit up the nightclub on board and started a little game. If we scored someone to fuck, we quickly sorted out who would go to the guys’ rooms and who would use our own suite. But of course, with the three of us, we quickly got a little confused. The girls misread the texts and somewhat flat-out ignored them! It was my turn. So, I brought my date back to the room for my night. But, I found a little surprise. One of the girls locked the door and draped a hair tie over the handle. Lexie, that little brat! Getting caught having sex was probably not on her agenda, so she didn’t do it on purpose.

So, I took my guy with me. We scurried up to the deck to take a nice look at all the stars, catch some fresh ocean night air. And, before I knew it, he lifted me against the wall. He set both his hands at my hips, playing with my panties! He was very naughty and definitely jumping the gun for it. I should have slapped his hand as soon as it started wandering down there. I knew there were cameras and security guards just waiting for something like that to happen. They loved finding and embarrassing people, especially if they were getting caught having sex.

It wasn’t like it was a family cruise or anything. We were all sexy adults doing way too much drinking. So, getting caught having sex was the least of our worries. We were sure the security guards must have seen far worse on their years on the ship. So, we didn’t fear the crew. And so I let him have at it. I dragged my nails along his shoulders, feeding into his hunger. Soon he had my skirt flipped up, and he pressed up against the wall. I felt him slide the tip in, and soon, all of it. Honestly, I grew so horny; I couldn’t hold back my moans. It was something out of my phone sex fantasies.

He pumped me hard and fast, and I fucking loved it so much. I couldn’t stop moaning! I grew lost in the moment as he pounded me against the wall. And in a matter of seconds, we heard the doors down the hall open and saw some flashlights moving their way down the side of the deck. I panicked. I grew scared to death of them finding us. He grew scared too! But we played it off. I flipped my skirt back down and tugged my panties back over my wet pussy. He slipped his throbbing cock back in his pants and adjusted himself. Everything fell back into order just in time as they approached.

Getting caught having sex red-handed, and still…