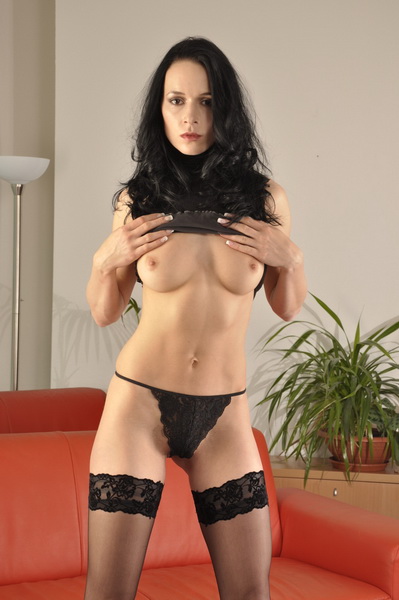 My stepson gave me a great fucking present the other night. He doesn’t know that he gave it to me but that doesn’t matter. He asked if his friend Jason could stay over for dinner. I didn’t mind.  My husband was working late so it’d be nice to have company, especially the company of my stepson’s hot 22 year old friend from college.

I sat across from Jason while we ate dinner. It was pretty quiet; my stepson and I don’t have much to say to each other. That was okay though, I was too busy to talk. I kicked my shoe off and ran it up Jason’s leg. I could feel him looking at me but I kept my eyes on my plate. I moved my foot over his crotch and kneaded my toes into him. He gasped and my stepson and I both looked up.

“Are you okay?” I asked as I pushed my toes harder against him.

Jason stammered a bit then said “Uh yeah, I just bit my tongue.”

I told him to be more careful and continued to eat. He began to harden under my toes and I noticed he kept doing little shifting movements, trying to get comfortable. I didn’t let up until we were done eating.

My stepson got up and began to clear the table.  I asked him where he’d put the laundry detergent he’d bought earlier that day because I couldn’t find it in the laundry room. He had no idea what I was talking about, probably because I’d never asked him to pick any up, and I told him that he was supposed to get it on the way home. I feigned frustration and told him that he never listens and that  he’d better go get some now before it got too late.  He rolled his eyes at me.

“And you can fill up the tank with gas while you’re out.  You used up all the gas this weekend.” I said, sternly.

“No, I need you to do it now.  Listen.  Jason can help me with the dishes while you’re buying the laundry soap.  You can do this one little thing for me.”

He sighed loudly and crossed his arms, silently refusing to budge.

I narrowed my eyes at him.  “If you don’t do it, Johnny… I will tell your dad about the smell that has been coming out of your room every night.  You know the smell I’m talking about.  The pot you’ve been smoking….”

“Okay, okay!” he grabbed the car keys and left hastily, finally leaving me alone with Jason.

As soon as the front door slammed shut, I went over to Jason, took his hand and let him upstairs to the bed my husband and I shared. We got undressed and I reached down and wrapped my hand around his dick. He moaned and immediately pushed against my hand. God I love young ones, they’re so eager.

I kept holding him as I walked backwards to the bed and laid down, gently pulling him on top of me. I spread my legs and guided him into me. He gave a few clumsy thrusts and I helped him get into a smooth rhythm. Soon he was moving in and out of me and I was rocking up, meeting his thrusts. He was really working my pussy and I could feel myself tightening around him. I told him to fuck me harder and he began to really pound me.

He climbed off of me and I got up. We began to get dressed and I told him to hurry up and get his ass downstairs, he had some dishes to do before my stepson got back.