Forced Sex: My friend’s exploration with his asshole* 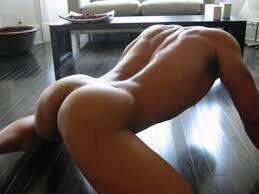 My friend Sebastian wanted to explore the possibilities of his asshole, so I decided to show him the hard way with forced sex.

Here’s a story about forced sex: I asked him if he had ever done this before, as I had him on all fours with his legs spread apart. He replied “Never, but I always wanted to.” I had him lean forward, place his head on the floor and grab each ass cheek and spread them apart so I could admire that pink puckering little hole. I crawled down on my knees and begin to lick his asshole, circling it over and over and he began to whimper underneath me. His vulnerability turned me on.

I got his ass slopping wet and then forced my tongue deep into his resistant hole. He moans and the muscles tighten around my tongue as I dart it in and out of his wanting hole. I pull my tongue away replacing it with a finger and twist it as I slide it in and out. He moans and begs me to put another finger in. I abruptly pull my fingers out, smack him on the ass and remind him that I am in charge. He starts to beg me “please, please more, don’t stop.” I tell him “you want more, oh I’ll give you more,” as I pull a butt plug out of my dresser drawer. He grins at me telling me he will do whatever I want.

I shove the plug in his mouth and command him to get it sopping wet.

Then I begin to tease his asshole with the tip, making him start to squirm and his asshole starts to pucker. I slowly push the plugin more and more. He’s moaning uncontrollably now and pulling forward from the pain. I keep pushing until he relaxes and the plug is swallowed up, and he gasps from the sensation of it being all the way in. I smack his ass hard and ask him, “you, like that, sissy boy?” He nods aggressively blurting out “yes I love it.” I lean into him and start to stroke his cock, he starts to grunt and I pull my hand away as I know he is about to explode. “stop,” I tell him “not yet, you just sit there with your eyes closed until I say so.”

I go to the door and let my friend John in, he has 10”, thick cock and was willing to help me out with Sebastian. We quietly tiptoe back to the room, where we find Sebastian in the same position as I had left him, eyes still closed. I position myself behind him and pet him saying, “Good boy, now remember to keep your eyes closed.”  John watched and stroked himself as I slowly wiggled the plug out of Sebastian’s ass. It finally popped out and I spread Sebastian’s ass cheeks to admire his now gaping hole.

John is fully erect and ready to go now so I spit into Sebastian’s asshole and move out of the way.

John lines his cock up to Sebastian’s asshole and slowly pushes the head in. Sebastian swings his head around, yelling out “what the fuck.” However, by then John pushes his entire shaft inside in quick plunge. Sebastian squeals out in pleasure as John slams his cock into him over and over. John makes Sebastian tell him how much he likes being fucked by his cock. I pull Sebastian’s hair back hard making him look up at me. Tell him you love it, you, sissy boy. Sebastian screams out, “I love your cock.” Seeing his face really made me remember why I enjoy forced sex so much.

Call me to tell me one of your favorite Forced Sex Stories… let’s get off together with some Hot Phone Sex!