True Worship of Feminine Power in the Rawest Form! 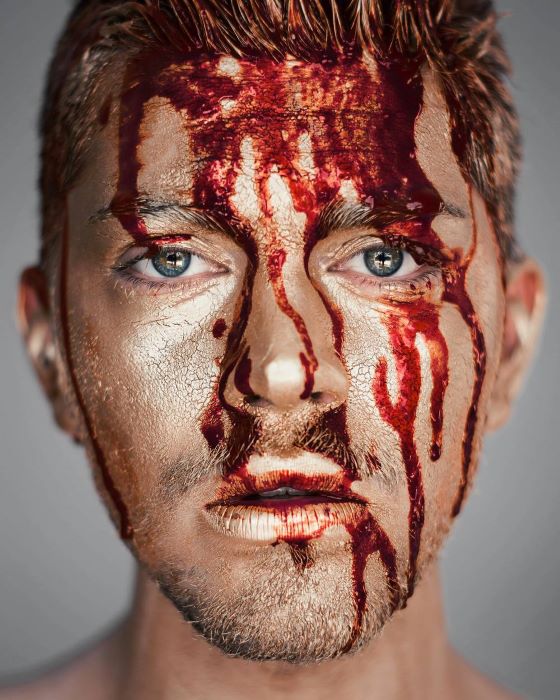 I led a devout and trustworthy sub into the depths of feminine power.

We had discussed the furthering of trust and the building of feminine power. Women are sacred. Not to be mistaken with something virginal or weak. Not something to be controlled unless otherwise consented to. Women are not pulled from a rib to be made the sidekick, subservient to men. We, the seekers of knowledge and the tasters of the forbidden fruit, can so easily be the downfall of man. The driving force to so many male decisions. If you don’t know what I mean, take a look at Lady Macbeth.

I have always idolized characters such as this, but even more, I idolized characters who used their sexual prowess to predatorily drain men of resources. Girls that exuded feminine power. Whether that is safety, offspring, finances, sexual pleasure, amusement, gratification, or company even, and men have often feared it. Alas, the demon succubous has come in the night to manipulate you and rob you of your seed…and your soul. But, what about those who yield to it? Men who yield to the fear and do not resent it.

Men find freedom in the helplessness that a woman can make them feel peace in the acceptance that they receive in return for their weaknesses.

Even men who open themselves up for this kind of surrender. An intimacy that many will never know. So tiring always to be the conquerer, the initiator, the brave protector, the chaser, the predator. To feel pursued, desired, and helpless under a little ninety-pound girl, you will know true fulfillment. To bow at the small manicured feet of the divine and the feminine, true power. Let yourself be inferior. Let yourself rise from the ashes of expectation and the bars of your manhood and become an animal. Scared and curious of the deep feminine power.

Easy to control. Discard the mask of civilized man and allow yourself to experience penetration. Open to pain and vulnerable to emotion. My follower bowed to me as he knows he must. Face at my feet. The timing was planned so that my time of the month was in full. The heaviest day. He came ready to embrace the matriarchy and my feminine power. He kissed the floor in front of my feet and buried his face between my feet. My sparkling pink toenails wiggled affectionately by his face through the peep-toe hole of my heels. Red ran slowly down my toned, creamy thighs. A light trickle.

A droplet fell and plopped onto his forehead, and he sunk further down, yielding beneath my feminine power.

He was bare. Naked, exposed, and vulnerable. I wore nothing but a razor-thin pair of black patent leather pumps. Then, I squatted in front of him and made no effort to hide in all my feminine power. I lifted his chin and moved him to rise so that he knelt in front of me. Firmly,  I straightened his shoulders so that his posture was strong, and he was almost my height as he knelt. Finally, I slid my two fingers across my labia and began to paint his face with my blood. Smelling of iron and my pussy juices, his posture remained.

Hands clasped behind his back, ready to do nothing but receive, appreciate, and worship my feminine power. I slid my fingers inside of myself and gathered more. Then, I painted his chest, shoulders, and back until the well dried up. I stood before him and let him feel the pain of his knees on the floor while he admired my physical presence.  I made him state it out loud. Slowly, I rose and slid a vibrating buttplug inside of him. His focus was unwavering. Then I dagged my pink manicured nails up his back and down his front.

Finally, I squatted in front of him real low and bared myself to him with my legs spread.

Then, I permitted him to stroke his cock in admiration of my feminine power. Such a masculine pose, in such delicate heels and such a tiny little frame.  It took strength for me to remain in this pose. Finally, I rose, grabbed him by the chin, and buried his face between my legs. He came rather quickly after that.

For fetish phone sex, give me a call! For a mommy dom spanking, read more of my blogs!

One Reply to “True Worship of Feminine Power in the Rawest Form!”