The Ultimate Dose of Helplessness and Humility Is Diaper Humiliation. 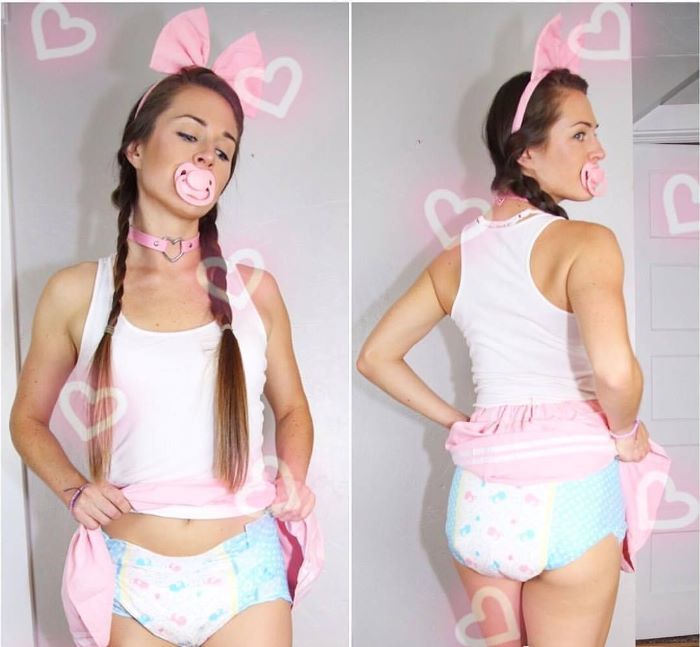 I have been seeking new and taboo ways to make my subs feel extra controlled or beneath me, and I have settled upon diaper humiliation.

Some forms of diaper humiliation exist in cases of hazing, which I love! I have my own experience with this. It is not a personal experience in the hazing sense.  I was in high school, and as a ritual, all of the freshman volleyball girls and basketball girls were made to spray dye their hair green and wear a diaper to the assembly. My best friend played basketball, and she absolutely refused to wear a diaper. I never did because I hated all those bitches.

I was a dancer, and we never did shit like that. Also, my dance program was outside of the school, so this wouldn’t have occurred for many reasons. I am quite younger than the other hazing generations, so it is still astounding that it occurred without any repercussions for so long. Parents freak out about that shit nowadays. There were never any repercussions, actually, but the diaper humiliation did get stopped. The intention was big-time public humiliation.

The girls had to march in front of an entire assembly of kids and introduce themselves as the basketball and then the volleyball team.

I knew this was considered one of the ultimate forms of humiliation. Diapering an adult was intended to make the adult feel small, helpless, and exposed. I decided to take a page from my good old high school seniors and subject one of my subs to this diaper humiliation. This sub was a tender little emotional masochist who wanted me to exploit her of all her perceived flaws and make her feel accepted despite them. Make her feel accepted because of them, even. It is not a flaw, but I suppose societal it is considered a flaw, is innocence.

So, I do so. I control her every move. I am training her to ask for help and ask permission for everything. Any decision she makes in her life, she must ask for permission. And she forgets, often. As of recently, I have reached my limit on her acting without my permission. I have beaten her ass red so many times, I can’t even count, and she still forgets to ask permission. So, I took a little trip to the store, and I came home with some pretty little pastel pink diapers. She would learn with a bit of diaper humiliation. She broke into my toys, and she brought herself to orgasm without my permission.

I had to make myself clear to her. I told her that I was sorely disappointed in her ability to control herself but that I was even more disappointed in the fact that she didn’t just ask me a simple question. Then, I called her a spoiled, entitled little slut, and I told her to undress for me. She seemed almost eager for her spanking. Not this time… This time she would learn with a bit of diaper humiliation. I snapped at her to bend over, and she obeyed, perking her little ass up for a ripe little spanking.

I traced my fingers lightly over her ripe little ass, and then I pulled something out of my bag.

Then, I dropped the diaper right in front of her face. She looked at me questioningly. I told her to put it on, and fear mixed with shock spread across her pretty little face. Then she shook her head as if to tell me no. I told her to put them on immediately, or I would put them on for her. Shame spread across her face, and I could see the diaper humiliation was working. She tugged them up to her legs awkwardly and turned to face me. I told her that she would be my little baby for the night since she didn’t know how to use her big girl words. And I treated her as such the entire night. She asked for everything. If she moved without my permission, I spanked her in that diaper.

For fetish phone sex, give me a call! For some forced wetting, read more of my blogs!

One Reply to “The Ultimate Dose of Helplessness and Humility Is Diaper Humiliation.”