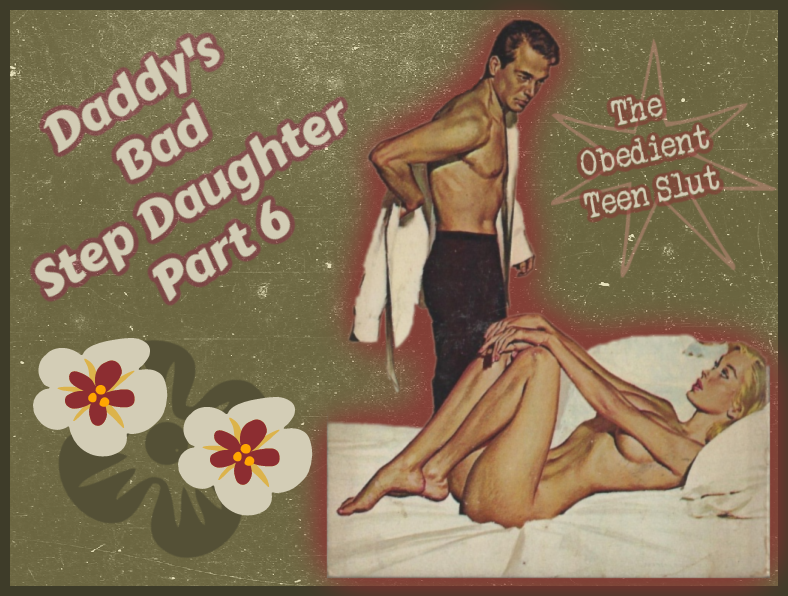 My wicked teen whore gave the cutest little shriek. And the towel she was wearing slipped a bit, exposing her perfect breasts. She immediately tried to cover herself but froze in place before she could do so. I had commanded that she stop and leave the towel just like it was.   Truthfully, I was shocked that she did what I said.

There was one problem, though. Her nipples weren’t hard. “An obedient teen slut with tits that hot should have hard nipples!” I decided out loud. I got up out of the chair and warned her, “don’t move and don’t make a fucking sound!” And she didn’t. Her eyes got a little wider in fear, I suppose, as I got closer. When I reached her, I took one boob in each hand and started caressing them.

They felt even softer and firmer than I had imagined. Then I ran my thumbs over each nipple until they started getting hard. Then I noticed that she was shaking and had tears starting to run down her face. She cried in complete silence as her nipples got hard in my hands. “Well, at least she was an obedient teen slut for me now,” I thought.

I wondered where the tears, the frightened looks, and the self-consciousness were coming from. Where was that vixen stepdaughter I was talking to just an hour ago? The one who was so sweetly trying to seduce me?  Or should I say, manipulate me?

I thought that I would have felt bad for her, but in fact, it had the opposite effect. Her tears and modesty just pissed me off. I figured there was a chance that the obedient teen slut was still trying to take advantage of me. But could she go so far as crying on demand? “Probably so,” I thought.

But then again, what if she actually was a virgin? And what if all of this crying and shaking were for real? It would be awful if I really was doing all of this to an innocent, scared virgin, wouldn’t it? “It really would,” my rational mind cautioned me. “You need to leave this girl alone,” it lectured.

But, if it was such an awful thing to do, why couldn’t I stop thinking about her untouched, pure, tight pussy? I imagined sliding my big hard cock into her pristine pussy and taking her precious virginity that she seemed to be saving for someone. Someone who wasn’t me, undoubtedly. The thought that I would always be her first, though, was almost more than I could take.

What do you think about our obedient teen slut? Do you think she’s pretending to be a scared, modest little virgin?  Not sure what’s going on here? Worry not… just head to part one of our bad step daughter story!