A New Type of Sensation With a Cute Clit Sucker! 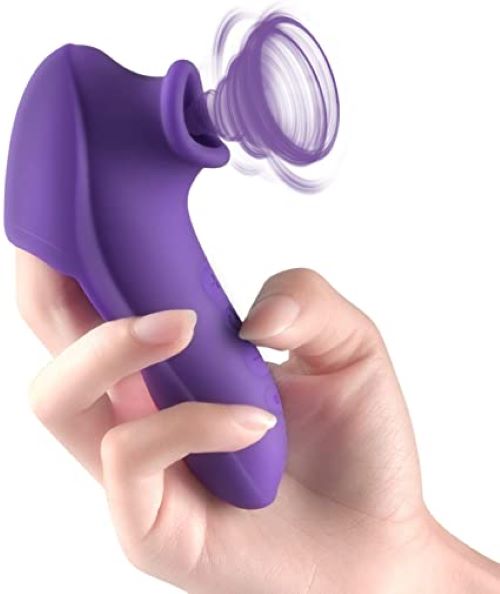 I used a cute clit sucker for the first time the other day.

I had a friend use the cute clit sucker on me. First, we indulged in her little fantasy. She loves some pretty heavy dirty talk. Probably a good thing that she was fucking a phone sex operator. She loves mind to play and verbal degradation. So,  like the little tease that she is, she wakes me up by repeatedly brushing her hand lightly between my legs. I couldn’t think of a better way to wake up. She ran her delicate little hands up and down my body. I was in nothing but my panties, and she had fallen asleep in this sexy little pink lingerie two-piece.

Cute little see-through panties on the bottom, and a little bow on top with some pink mesh draping down. We didn’t use the cute clit sucker just yet. Someone was feeling frisky waking up in her sexy little outfit. I slowly began to reciprocate and touch her back. I kissed all up and down her neck and chest, playing with her soft, perky little tits. Then, I nibbled all up and down her soft little body and her tits, again. I caught her cute little nipples between my teeth and tugged and bit down on them slightly.

I wrapped my arm around her waist, climbed on top of her, and pressed my knee between her legs.

She fished it out of my bag because, of course, I brought it with me. Then, she tested it out on her hand first. She pressed the suction device to her palm and turned it on. Then, she turned it up. It had about ten settings that she cycled through. She put it on the tenth, of course. I grew hornier and hornier watching her discover it. Then, she pulled back the hood of my pussy and stuck the opening of the cute clit sucker right on my clit. I felt these tiny little puffs of air shoot out onto my clit while the whole suction around it vibrated. I grew so close, so fast! Such a delicate touch, and so specific. Right where I needed it.

There was no place for my little clit to go! It was trapped entirely by the surrounding part of the machine.

Pulling back my hood and exposing the little bud. Then, shooting air at it over and over again in tiny little synchronized pulses. I came without her even sliding her fingers into me! It was such a powerful cute clit sucker. I knew that this would definitely be a toy that I would use in the future. Then, It was her turn. We cuddled for a quick moment, and I whipped out the handy dandy wand and turned it on her. She was still in her cute little pink panty set when I sat between her legs and pressed the vibrator to her. I told her how naughty she was, and I gave her a brisk little spanking for being such a little slut that she had to wake me up to get off.

For hot phone sex, give me a call! Read more of my blogs for adventures with my electric toothbrush!