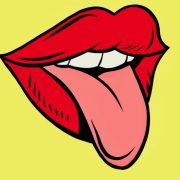 Hot sex adventures were a part of everyday life for Anna Analingus.

Hot sex adventures – Anna always had supernatural abilities, but she could never use them freely. When Anna first heard about Cumicon, she knew this would be her time to shine. A place where the normal and supernatural collide, Cumicon would be her gateway to fame. Finally, she would fit in. She was made fun of in school, and always cried after school. However, she did not know at the time her abilities would someday make her famous.

Anna had the ability to extend her tongue to distances unimaginable.

In addition to length, she could grow in girth, and send vibrations like shock waves after an explosion. The average human only thinks they have had hot sex adventures. Cumicon would show them how little they have actually experienced. Anna would now make a name for herself and finally shine. All of the bullying she experienced in school would be washed away in a faraway memory after all. It was now her time.

Joe stood in front of the Cumicon building.

He looked up and saw a banner reading “Hot Sex Adventures from the unknown await you.” He entered the building and looked around. First was the B-Squad. They were a group of black men with cocks so strong they could lift cars and punch through brick walls. Moreover, they choke someone to death. Next, were the Wet Witches. They specialized in turning any man into a boy with as little as a snap of their fingers.  Similarly, they could also change a man into a dog, a woman, and much more. Joe never thought there could be such unimaginable hot sex adventures.

He turned the corner to grab a Blue Raspberry Erecto-Slush when he saw Anna. She was tan and glowing with silky thick brown hair that flowed past her breasts.  In addition, she wore a black leather bodysuit with six-inch black heels to match. Joe introduced himself. Anna blushed in a curious way. Her skin changed patterns like an octopus and eyes flickered green. When Joe shook her hand, he felt how hot her skin was. She covered her cheeks in embarrassment. They found a quiet place to sit and chat. He thought Anna was the most beautiful creature he had ever seen.

Firstly, Anna grazed her fingers over his and leaned in for a kiss. Joe started to feel his mouth vibrate as her tongue slid deeper and deeper into his mouth. It was as if were right out of his favorite Alien Sex Slave comic book. “Did you come here to experience hot sex adventures?” Anna said. Now, starting to blush himself, Joe responded with “yes, but I think I’ve found more.” Just as the words rolled off his tongue, his pants magically fell down to his ankles, and his legs were separated two feet without ever moving a muscle. “How did you do that?” He said. Anna stood in front of him and out slowly came her tongue moving towards his legs.  Before you know it, he was gripping the walls, with Anna standing behind him. “My full name is Anna Analingus.” She said.