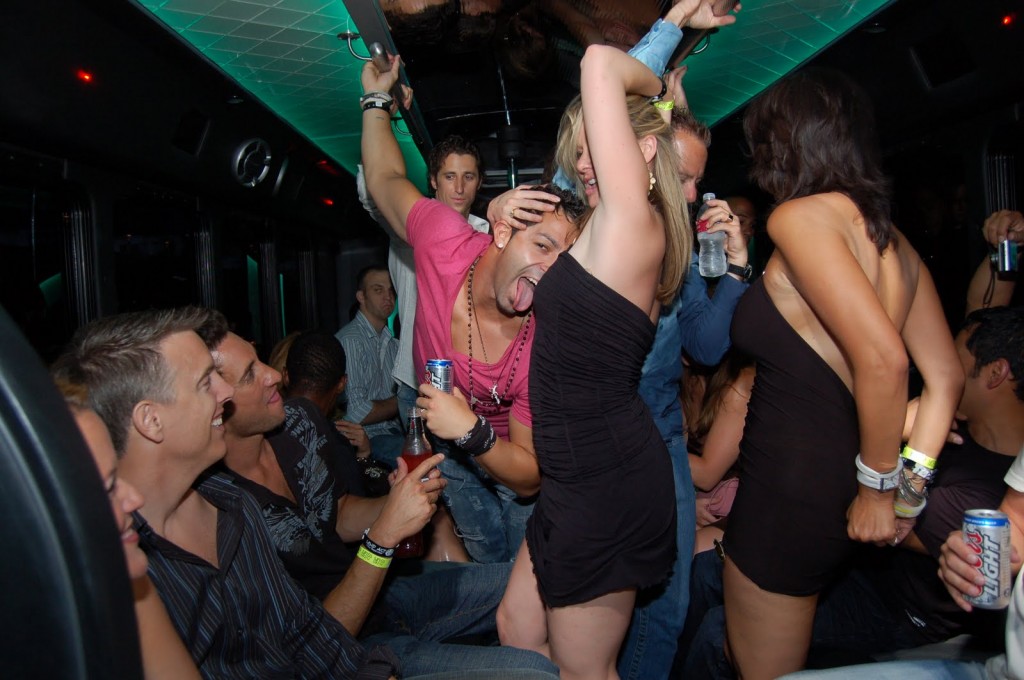 It was the night of the big game and my son’s team won. Some of the parents decided to order two stretch party buses to celebrate. One for our athlete sons and their girlfriends and one for us parents as the middle age experience. Being a single mom I was often the extra wheel on the bus. Somehow as we all loaded in there was a mix-up and I ended up on the young people’s party bus and my son ended up on the middle age bus. Seeing all these young, hot, sexy, and horny athletes really turned me on. Well, what can I say…what happens on the party bus stays on the party bus?

The lights were dim with just a neon blue glow that surrounded the ceiling of the bus. The music was pumping loud and a sexy female voice was singing in a breathy voice, “Ram it in the back door and make me scream”. All the girls were gyrating their hips to sexy hip-hop songs and all the guys were grabbing the girl’s asses and riding them from behind as the song suggested.

I was so turned on watching the sexy freak show that I slid my hand up my skirt and started rubbing my clit.

I didn’t think anyone would notice with all the flickering blue lights overhead. But someone did. One of my songs teammates. He was grinding a cheerleader and staring at my crotch. I could see his cock getting hard as he looked at me. And the more he looked the more played with my clit.

He turned from the young girl and passed her on to a teammate and inched over to me while holding on to the rail or the party bus. He stood in front of me to block anyone else’s view of my pussy. I slid my fingers all the way in and moaned to the sound of the bass pumping on the loudspeakers. He pulled out his cock and started stroking it.

I had to fuck him and he knew it.