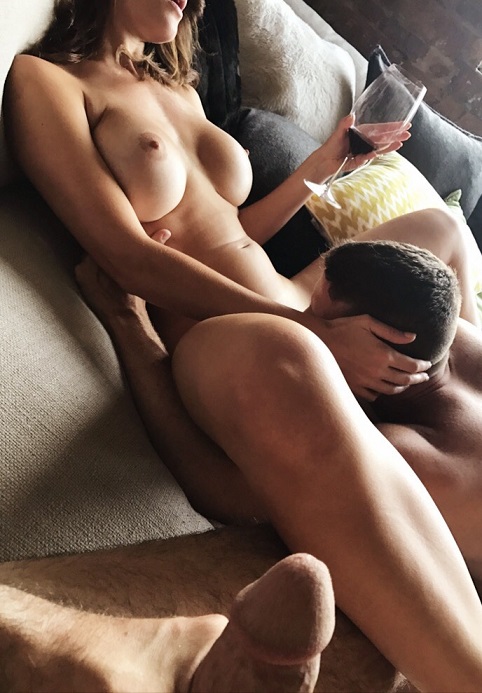 Time To Try Something New

My old boy friend had a cock that’s a bit smaller than average. It’s not terribly small.  But he asked me right away in the beginning how I felt about a cuckold relationship. I was a bit surprised, but after thinking about it I decided I’d be willing to at least try it.  So I said we could try. He asked if I had anyone in mind I could ask to fuck me as he watched. I had a few fuck buddies in the past I was still friendly with.  So I contacted a few of them to see if any would be game. I heard back from one that said he’d like to come over asap. I smiled and said we were on for tonight.

I’d never had sex being watched before, let alone by someone I was seeing. I thought it might spice things up and he said it really excited him to watch women get fucked he was in a relationship with getting pleasure from another man. My friend came over with a bottle of my favorite red wine and he was hungry for me. It had been a while since we’d fucked, and the sex had always been good. I had a feeling this was going to be one hot night, and I was right.

My Boyfriend Jacked off while He Watched Me Get Fucked

I came again and again

You could hear the echoes of flesh slapping against flesh with every thrust in the room, the smell of sex spread out from us. The sounds of heavy breathing, it was all quite intoxicating. He asked if he could place his head underneath me and lick my clit as I was being fucked. To get an even closer view of my friends cock going in and out of my dripping wet pussy. I said of course, so under he went. It felt fantastic to feel my clit being licked as I was getting fucked at the same time. I soon had a powerful orgasm, and then my fuck buddy shot his load into me. He left not long after and a fun time was had by all. If cuckold was this much fun, I should have tried this years ago!