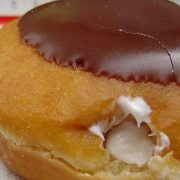 I knew the people there weren’t my typical crowd, but I didn’t care. Sometimes I can’t resist my cravings for big, black cock. This particular night I knew that just one cock wouldn’t do; I needed a whole group of guys at once.

Those white assholes were clearly offended, but they had to release me because I hadn’t broken any laws. Without any thought for my safety, they kicked me out on the street! Since I couldn’t let my boyfriend see me like that, I had to find my own way home.

…but I can’t say I’ve ever worn a snail trail like some badge of honor. The old homeless men occupying the train at that time of night weren’t using that time to get some shut-eye. As I shifted uncomfortably in my seat, one of them whipped his dick out right in front of me. It wasn’t bad for a white guy, but I don’t do white men for free. I had to sit there and watch as he stroked his smelly, filthy cock in my face and called me all sorts of names. He wasn’t wrong, either. At that moment, I was a “cum-dripping, big-tittied slut.” Eventually, he tossed a dollar at me and ordered me to clean his unwashed erection.

“As if…”  I responded, drooling a little despite myself.

It seemed like he didn’t care much about my refusal. He shot his nasty load all over my exposed cleavage right as we arrived at my stop. Seeing as I was already covered and filled with cum, I couldn’t claim that this homeless man harassed me and expect to be taken seriously. Thankfully, my boyfriend was a bit of a dunce. When I got home, he totally ate up the story about how a get-together with the girls ended in a whipped-cream fight. He was even happy to lick it all up for me! Now, please tell me: who’s the dumb slut in this scenario?  Call my phone sex line and let me know.