Cousin Sex; We’re All Grown Up And Ready To Play 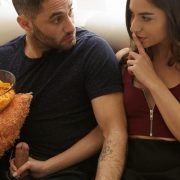 When I was growing up, I always got along very well with one of my cousins. He was a real ham and cute and I had a crush on him to be honest. Our families moved out of the same town, so there were several years I didn’t see him at all. Recently though there was a big family reunion and we met up once more. I couldn’t get over how good looking he’d become and how appealing. I kept thinking this is your cousin, not a potential boyfriend. We got some time alone together and soon realized the feeling was mutual. Cousin sex is more common than sibling sex, and it can be hot, I assure you.

I Kissed Him Back Passionately

We were staying at the same hotel for the reunion. He came knocking on my door later that first night. I let him in and we had a few drinks. He leaned over and kissed me. I didn’t stop him. I kissed him back passionately and soon my hand was on his upper thigh. And then I grazed my hand over his leg and towards his crotch. I could feel his hard on in his jeans, straining to be released. I unzipped him and reached in and found that glorious, hard cock. And I pumped it as we kissed and only felt a moment of guilt as I jerked off my own cousin.

His precum flowed and his hand moved towards my breast. He toyed with the nipple through my shirt, making it become erect in response to his touch. Our clothes soon were a pile on the floor as he pulled me up into the middle of the bed. I had a feeling the cousin sex was about to get a lot hotter. We were both nude, and soon he sought out my pussy with his mouth. Sucking on my clit and sliding his tongue into me, tasting me, teasing me. I was writhing with pleasure as my cousin went down on me. Gripping the sheets in my hand as he drove me over the edge to orgasm, the first of many times.

This Would Have To Stay Our Little Secret

He lapped up all my wetness. Soon was crawling up between my legs and putting his large cock into me. I didn’t hesitate for a moment. His girth filled me and I wrapped my legs around him as we fucked. He sucked on one of my nipples as he thrust in and out of my wet pussy. I wrapped my legs around him and pulled him as deep inside of me as I could get him. His balls slapped against me with every thrust. I could feel a blockbuster of an orgasm inside of me. And I knew this was kind of naughty and would always be our little secret. I don’t think the rest of our family would look kindly on our cousin sex explorations.I was acting like his sex slave and he was acting as mine

I squeezed my cunt muscles around his cock, to milk him from the inside. He groaned with pleasure as I did so. I reached down and squeezed his ass cheeks in my hands, kneading them in my hands. He loved this, and kissed my neck and kissed me so hard and passionately. I bucked my hips faster and faster and knew I was about to cum. He told me to and I exploded on his hard shaft. It was only seconds later he blew his load into me as well and we just lay there panting. I could soon feel him grow hard again against my leg and I reached down and could feel it. And then I pulled back the sheets and then lowered my mouth down onto his still wet dick.

Yes It Was Wrong And Yes Kind Of Kinky

I tasted my own juices and his on his again throbbing cock. I licked it up and down and massaged his balls as I did so.  And I deep throated it and he placed his hand on the back of my head. He forced as much down my throat as he could. I drooled on it and worked my tongue all around the head and down the shaft and back again. He loved it and he soon rewarded me with a mouthful of his cum. I had it in my pussy, and now down my slut throat. We rested for a while and he then went back to his room. We played the next several nights of the reunion seemingly undetected by the others. Cousin sex can indeed be very hot, I highly recommend you try it if given a chance.