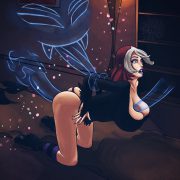 I can say that around mid-school year things started happening. Things went missing like panties and sex toys that couldn’t be explained. Even the guys had their own sexual hauntings happening. Theirs were all at night as everything else. Everyone basically experienced the same things, being anally poked, rubbed on, underwear would be missing. It was everything sexual but nothing extremely bad in my mind. 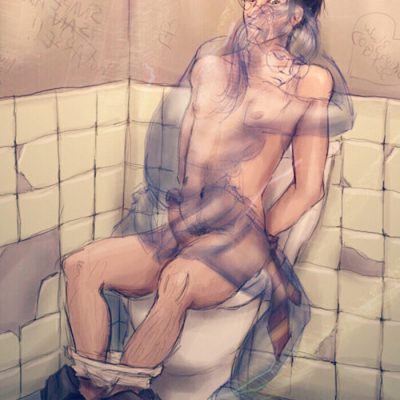 We got to the point where we wanted to know for a fact that these things were going on. It’s one thing to have proof and not just see these out the side of your eyes or feel them when naked or sleep. We all had our stories but we all wanted to have more solid proof.

Things went slow with just touching at first, which you could tell by how the sheets would move on her pussy. She slept in very skimpy nightgowns and matching tank and short sets. You could see the sheet tighten around her pussy and see rubbing and what looks to be someone on top of her trying to push inside of her. We put an extra camera on her bedside so that we could see closer. We saw a dildo rise up and rub against her clit and in between her legs until it created a huge wet spot. She would jump up out of her sleep at the point of arousal and always looked confused.

One night like any other hot night she went to bed naked.

That college girl ghost fuck video is still super hot even it’s not the only one. She laid there on her back and you could see the sheet press into the bed by her shoulders and her mouth rubbed by something.  The sheet lifted up and you didn’t see a human form at all. It was kind of shadowy and almost like it was just the bottom half of the body got up close to her.

You could see her body wiggling and hear her moaning from what was going on. It was fucking hot! While watching some of the guys had their hand in their pants and the girls couldn’t sit still. She did wake up and try to sit up but the ghost held her down. That’s when you can see something get shoved in her mouth and her legs spread into a full split.

On the other hand, me and a few other the other college girls fucked the ghost every night.

I took both in every position possible and explained in explicit detail afterward. Let’s just say that he stayed an extra 2 nights to enjoy sharing me but something strange happened the next night. I laid in bed waiting for Dan to come in from the shower and I saw the sheet get snatched off of me and my titts squeezed together. Then I felt a cock sliding in between then and my legs getting spread at the same time. I got yanked to the edge of the bed and at the very moment, when Dan was walking in, he saw my pussy and asshole stretch and getting fucked while my titts were getting the same treatment.

Don’t forget to tell me how much you love my blogs.