Cheating Girlfriend; We Couldn’t Resist Each other 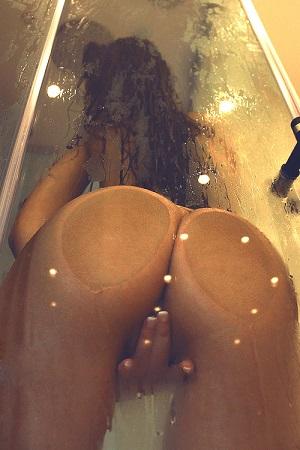 I Became A Nawty Cheating Girlfriend

My boyfriend and I share a house with another couple to share expenses. It’s a big house and the rent divided among the four of us is pretty good. It’s a nice arrangement. I really like them. They are friendly and clean up after themselves. I am, however, attracted to the guy, which can be awkward. I almost said his name in bed the other night to my boyfriend when we fucked. And I look at him all the time when he’s at home, I’ve seen him looking at me, too. We’ve been home alone a few times together and have flirted a bit. I don’t think our partners would approve one bit. His girlfriend seems the jealous type, so that could be unpleasant. I don’t think she ever thought of me as the cheating girlfriend type, though, so she liked me fine.

We  Ended Up Home Together

The other night, both our partners were out. His girlfriend was away on business overnight. My boyfriend was helping his parents move to another city and would be busy with them for the weekend. I came home and wanted a nice, long, hot shower. I was enjoying the water coursing over my body when I heard the bathroom door. And I thought maybe my boyfriend had come home early. Maybe moving his parents’ stuff hadn’t taken quite as long as expected after all. I felt a burst of cooler air as the shower door opened. The billowing steam clouded my view, and I started talking to my boyfriend, welcoming him back early. Then I realized when he answered back, it wasn’t his voice, but our roommates.

Together In The Shower

I was standing there, covered in soap and shampoo, and my handsome roommate had joined me in the shower. He said tonight was the perfect opportunity for us to get to know one another better. I was a bit shocked, but it did not disappoint me in the least. Maybe I was the cheating girlfriend type, I thought to myself.

I Ran My Hands Down His Sexy Body

I smiled as he got under the water, letting it wet him down from head to toe. He asked me to hand him the soap, and I said I had a better idea. I rolled the bar of soap between my hands and started at the back of his neck and shoulders. I ran the bar over his well-chiseled chest and stomach. He had a lovely six-pack he worked very hard to achieve. I appreciated his hard washboard abs very much. My boyfriend had a bit more of a dad bod, so this was a treat to touch and explore.

I Am Definitely A Cheating Girlfriend

I got down on my knees and washed his legs and ass cheeks and left his crotch for last. By now, he was hard as a rock, his cock standing at attention in front of my face. I soaped his hard cock in my hands, washing his balls and cock thoroughly. I made pumping, stroking motions on his shaft as I looked up at him through the steam. And I put down the soap and watched as the suds ran off of him. The water glided down his perfect body and swirled the suds down the drain. I took his freshly cleaned cock in my mouth and slurped away on it, sucking it and teasing it. I fondled his balls as I sucked him.

And Yes.. Better Than My Boyfriend

He pulled me up after a while and bent me over. The water dripped off of my nipples as I leaned forward. I could feel his hands on my hips and he eased his cock into my pussy from behind. We were both wet from the water, but my pussy was also wet. That special kind of non-water wetness that forms during arousal. I gasped as he entered me, the first thrust stretching my pussy. He was a lot bigger than my boyfriend was. This was more than just hot sex. He fucked me there in that steam-filled shower as the water poured over us. And He grabbed my tits and pulled me hardback onto his cock that was pistoning in and out of me.

It Will Stay Our Little Secret

I got the showerhead and brought the spray down to my pussy and aimed it at my clit as he fucked me. The feeling was sheer heaven with both sensations at the same time. I came and when he felt me contract around his cock; he squirted his load into me and I could feel it. He took the shower massager from my hands and placed it back in its cradle. His cum dripped down my leg mixed with the water and washed down the drain. We stood there panting, rinsing off, and smiling at one another. Our naughty little secret. I know it’s bad to be a cheating girlfriend, but it is too much fun not to be.