Catching Nick In My Panties 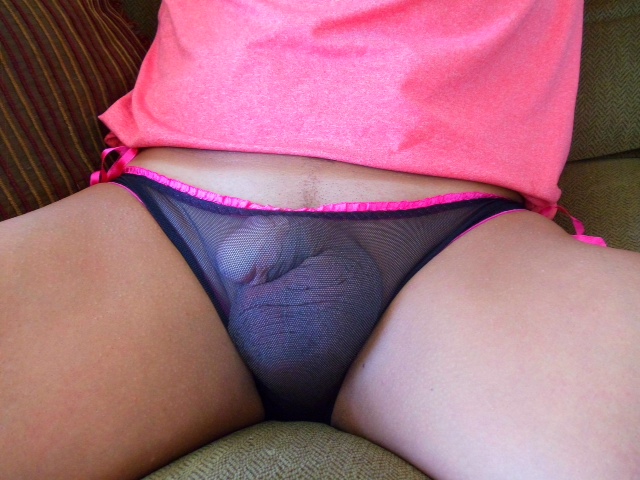 “Oh my God! What are you doing?” Gisele screamed at her brother.

Gisele knew full well what her brother Nick was doing. She had noticed some time ago that panties she hadn’t worn yet were ending up in her dirty clothes with crusty white stuff in them. Her little brother was jerking off into her panties again.

Her brother didn’t want to turn around. He was to embarrassed. Gisele walked over to him and spun him around to face her. 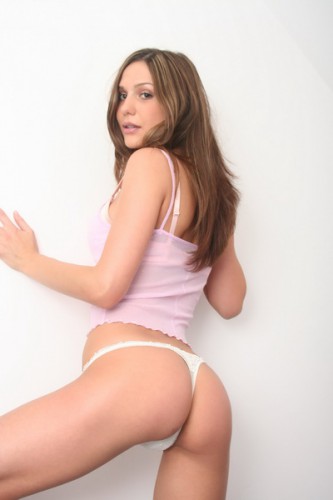 “You’d better believe I am going to tell mom you little shit!” Gisele bluffed him knowing he would do anything for her to keep her from telling on him.

Hearing this Nick began to snivel as tears welled up in his eyes.

Gisele offered her little brother a way out. “Stop crying you little piss ant! I won’t tell mom on one condition.”

“Wha? What? I will do anything you want, sis. Anything! Just don’t tell on me!” Nick pleaded with her.

Gisele asked him if he understood her. Nick nodded in agreement. She grabbed him by his face and lifted it up forcefully to face her.

Nick didn’t want to look at her in the eye. He just wanted to get out of her room and pretend the whole thing never happened. She gripped his face harder. He nodded again.

“Yes. Yes, I understand.” Nick responded hoping it would make her let go of him.

“Alright then. Lets get started.” She said letting him go while she sat back on her bed looking at him expectantly.

“Go on. Jerk your little cock. I want to see what you do with my panties you little pervert.” She commanded him.

By now Nicks hardon had gone soft. He was holding her panties in front of it to hide his little pecker from her. He knew his dick wasn’t the biggest in the world. Nick wondered why she had to be so mean about it. He began massaging his penis through her panties.

“No wait!” Gisele interrupted him. “I have a better idea. You can put my panties on and jerk yourself off into them.”

Nick shook his head side to side in protest as he looked as his sister with fear in his eyes. He had tried on her panties a few times before and once he even jerked off with them on, but doing it with her there was way to much. He did not want to do it.

Pissed at this insubordination Gisele yelled out, “Mooooommmm!”

Nick’s heart skipped a beat. He looked at Gisele’s open bedroom door fearful of his mom walking in and seeing him with her panties wrapped around his prick. He went to put it back inside his pants, but Gisele shot him an evil stare and pointed at him as if to tell him to stop. Which he did.

Their mother yelled up from the bottom of the stairs, “Yes, dear?”

Gisele slowly mouthed to her brother, “Get naked!” Then she paused.

Reluctantly Nick started to lift up his shirt to let him know he was willing to comply with her command.

“What’s for dinner?” Gisele responded to her mother.

Her mom yelled back meatloaf and potatoes with green beans. Gisele smiled at her brother and rolled her finger at her brother telling him to speed it up.

He quickly pulled off his shirt and then yanked down his pants and underwear. Before he put her panties on though he walked towards the door to close it. He didn’t want his mom walking by her room and seeing him in them.

“What in the fuck do you think you are doing?” She scolded him. Nick stopped dead in his tracks giving her a pleading look. She continued, “I didn’t tell you to close the door. Now get back over here and put my panties on.”

Nick had no choice but to what she said. He knew she could be cruel when he didn’t do what she wanted him to do. He walked back over to her and gave her one last look hoping she would let him off the hook. It didn’t work. She pointed at her panties in his hand.

“Don’t act like you don’t want to put them on. You little wiener is getting all hard already!” She said excitedly.

Nick looked back at her door thinking she was being way too loud. Their mom might come to see what was going on. Gisele started to lift up off her bed and looked towards the door. Nick knew it was now or never. He thrust his feet through the leg openings of her panties and yanked them up his legs. This pair of her panties had a high waist. Even though his little cock was only four and a half inches long while hard it needed all of the room.

He put his hand inside her panties and grasped the shaft of his cock giving it some tugs.

“Not that way, little brother.” She ordered him. “I want you to jerk it off through my panties.”

“But it will take too long.” Nick protested.

“Oh really? And how would you know that?” She asked coyly.

Instead of giving her an answer he began to do as she asked. After a minute or so some precum began to make a spot on the panties.

“Oh my God. Is that peeeeee?” She laughed at him.

Gisele knew what it was, but she wanted him to squirm.

Gisele’s eyes squinted and her lips pursed. “Stop!” She commanded him.

He shook his head no.

“Good then. Go downstairs and do it before dinner.” She commanded.

Nick couldn’t believe it. Only minutes ago he was deathly afraid of letting her see him jerk off. Now he felt the urge to beg her to let him finish. But he knew she would say no.

Later on while they were setting the table for dinner Dana reached in and pulled the panties Nick had on up over the hem of his pants. The cute purple lace and polka dot pattern was unmistakable. He blushed and shot her a cross look while he tucked them back into his pants.

In the middle of dinner Nick felt her foot in his crotch. He jumped and his mother asked him if there was anything wrong. He pretended to hiccup and shot her another look.

He stood up and dropped his pants. Nick began to play with his prick when there was a knock at his door.

Instead of answering him his sister barged in. Not knowing who it was Nick tried covering himself as best he could.

“Did you forget our little agreement?” Gisele asked.

“No… I… My…” Nick tried to respond but couldn’t find the right words.

Gisele reminded him, “You don’t play with your little pecker unless I tell you to do so. Put it away.”

When he reached down to pull his pants back up she closed the door and went to her room.

Nick needed relief. He decided to take a shower. At least then he might have some privacy.

He turned off the shower and asked what they wanted. It was Gisele. She told him to open the door. Shit! Nick cursed under his breath. She would see his hardon.

Nick got out of the shower and put a towel around his waist. His dick was pitching a tent. To hide it Nick adjusted the towel to have the extra material bunch up in front of him. When he opened the door his sister was standing in front of him holding up a pair of panties. These were yellow with two cute little green frogs drawn on the front.

“You forgot these. We wouldn’t want you to wear day old panties to school tomorrow now would we?” She asked smiling at him.

Oh my God, Nick thought to himself. Was she crazy? He couldn’t wear her panties to school!

She held them out to him with a look that let him know she was indeed crazy. Insanely crazy. When he grabbed them she brought her hand down towards his towel and ripped it away. His hardon bobbed up and down like a diving board.

The next morning Nick was a wreck. He barely got three hours of sleep and none of it was longer than an hour consecutively. He pulled himself out of bed and put on his school clothes. Already his cock was beginning to ask him to touch it again. As it grew it slid along the soft material of his sister’s panties. He groaned.

Once he made it downstairs he looked around for Gisele. When he couldn’t find her he asked his mom where she was. Apparently she went to school with a friend early to study for a test. Dammit!

Nick headed back upstairs and closed his bedroom door. Maybe this was a good thing? After all, now he could jerk off and she would never know. He opened the fly of his jeans and pulled his panties down so his cock could extend out. He just started beating it when the phone rang. His mom called up for him to answer it.

He hesitated before he picked it up. He knew exactly who it was.

One Reply to “Catching Nick In My Panties”