I Can’t Wait Any Longer, This Is A Car Fuck! ♕ 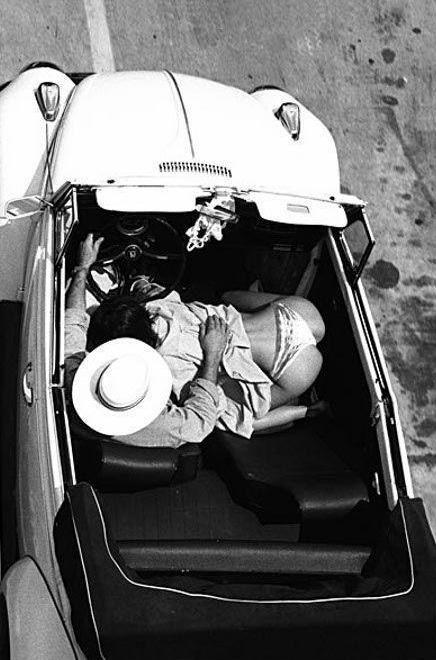 I Can’t-Wait Any Longer, This Is A Car Fuck!

As we strolled around the sun-baked pavements of the town, that was when I could first sense that he was turned on. As I had hoped, my outfit had proved provocative; a short black pleated skirt swayed from my waist. Also, a low-cut tank top exposed the upper half of my breasts. Throughout the day, when he knew that no passers-by were glancing in our direction, he would smack my ass. His hands met it with just enough velocity to let me know that he had naughty things on his mind. I knew he wanted a car fuck today.

After we had finished our shopping trip, we returned to the car. Sinking into our seats before his foot attacked the accelerator, allowing the car to drive around the city’s maze of roads as the sun began to touch the horizon, leaving a silhouette of the city’s skyline in our rear-view mirror. A few miles later, and we were cruising comfortably down the motorway.

I glanced at his trousers, noticing that an erection had begun to bulge against the material of his jeans.

I bit my lip as it only grew further, leaving me full of sexual desire in knowing that I would have to wait until we were home to experience the hard, long fucking that he would be able to offer me – or would I? I glanced out of the window, and upon noticing that the road was almost empty. A wild idea began to tickle my mind.

I debated myself over it for a short while, but then I decided to act upon my urges. I reached for the buttons that sealed the front of his trousers. I began to pop them open one by one as I removed my seatbelt. This allowed me to bend my body enough to begin giving him head in the car. He squirmed nervously, yet still released a moan of pleasure as my tongue rolled over the veiny skin of his shaft.

After I had been sucking him off for a short while. He eventually pulled off the road.

He pulled into a quiet, secluded lay-by, and though it was a bit of a squeeze after I had re-adjusted my body several times, I eventually managed to mount him so that I could give him a daring, naughty car fuck.

Although I couldn’t give him the powerful fucking that I would be able to at home. It didn’t give me any less pleasure as the tip of his cock pleasured me with every thrust of my hips. Eventually, his dick began to throb wildly inside me. Closing his eyes I could tell that he was trying to discipline himself to the last longer. For a few minutes, it half worked, until his cum began to erupt into the roof of my cunt, before oozing out onto the surface of the seats in what proved to be a messy ending. The thrill of fucking in a car had turned us both on.

When was the last time you had a good car fuck? Tell us about it in Phone Sex Chat!