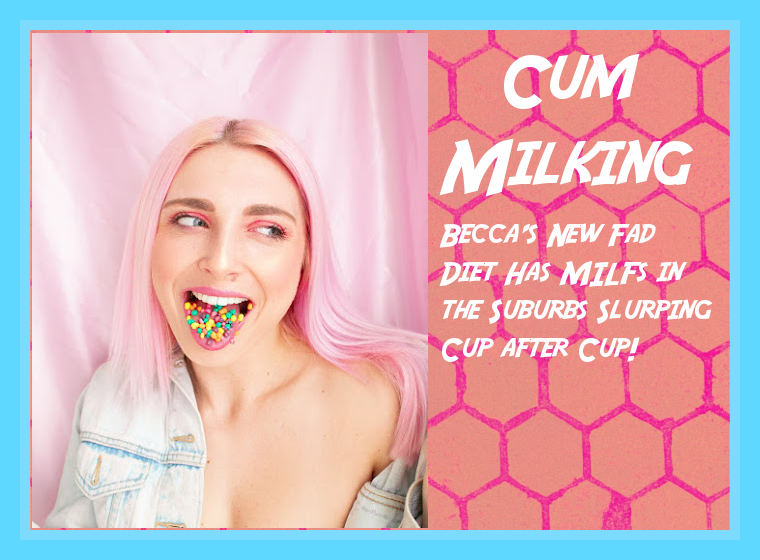 Trying different things that she could add to her smoothies in the morning had become a chore.  All of the flavors these powders promised to pack tasted nothing great and ruined the smoothies she would otherwise enjoy.

Her friends noticed that she had lost a significant amount of weight and was looking amazing.  How was she shedding pounds when they had not seen her at the gym in weeks!  Becca barely noticed herself because she was having too much fun sucking cock.  Looking at herself in the mirror that night, however, she could see that she was drastically thinner.  Being a good gal pal, she set up a small meeting at her home.

When he woke, he found himself rallied by 5 women into the basement laundry room.  Dazed, he was strapped to a pole in seconds and gagged to silence.  “Was this really happening?” he thought to himself.  After all, this would be in line with some of his wettest dreams.  All of Becca’s little girlfriends having their way with him. But then they started shredding off his clothes as Becca opened a box in the corner.

Enjoying this story?  Something tells me Becca and Claire will be popping in and out of my blog all year!

In the meantime, call me for uninhibited phone sex now!

Read other blogs to hold you over.