Daddy Gave Me a Cable Whipping to Punish Me! 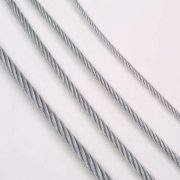 One of the worst punishments I have received was a cable whipping from my daddy.

He had some laying around when he was working on our house and he gave me a cable whipping for trying to leave the house dressed like a slut. It is highly likely that I am such a sadist due to the strict and controlling authoritarian household that I grew up in. I derive pleasure from controlling older men and making them suffer because my childhood was filled with control and repression. Daddy issues, if you will. Daddy would just keel over and die if he knew I was calling other men daddy, draining their wallets, beating them mercilessly, and making them cum. I dressed like kind of a slut in high school. I dress like a slut now too, but at least now I am free to dress as I please with no interruptions.

Those who knew me back then would say I was a bit of a spitfire. Daddy’s strict rules never stopped me from being my true, sexy, kinky self. As a matter of fact, they created an environment for my perverse curiosity to flourish. Daddy was the dean of my high school, So he hated when I dressed slutty because it reflected poorly on his parenting skills. How can you control a school of deviants, if you can not control your own daughter? Early on in high school, daddy caught me in a super short, white, ruffly skirt and a low-cut, black, tank top with a push-up bra underneath. Daddy told me to change or he refused to take me to school. I refused and told him that I could enjoy a day off from school.

He grew instantly furious and grabbed me by the arm, pulling me towards him.

Daddy was working on the house that week so a bunch of tools laid out on our table. He reached over and grabbed the closest object that he could punish me with. In his had, he held a braided, steel, chord of some sort. He looped it in his hand so the chord doubled. I tried to yank away, but he pulled me back and bent me over the kitchen chair. He yanked down my panties and pulled up my skirt. Then, he pulled back and swung at me with all his might. That chord would hurt with minimal swing and he swung it like he was at a batting cage. I felt it pierce my skin on the first hit. I screamed and squirmed, and cried, but he refused to let up until my entire ass and backs of my thighs were black and bleeding.

Then, he took his two fingers and slid them in my pussy. I froze. He finger fucked me and then slid them into my ass. I felt the deep pressure of him spreading those two fingers in my ass, stretching me out. I knew what came next. He pulled out his rigid cock and forced it into my tight little ass. I felt my ass spread wide open for his cock. Then, he fucked my ass raw for about a half-hour. I laid there helpless. My legs gave out about ten minutes in and all I felt was the sting of my backside and a deep pressure feeling matching his in and out motions. Finally, he pulled out and jerked off all over my red and purple ass. He came into my open wounds and gaping asshole.

Daddy told me to go to my room since I wanted to ditch school so badly. He said that I actually had a reason for ditching school now. I went and showered off, and looked in the mirror at my ass. Daddy’s cable whipping turned my ass into hamburger meat. My ass was swollen, scabby, and black and purple. I knew that the cable whipping meant business, but that still didn’t stop me from misbehaving. I was fearless and unstoppable as a child. The marks even turned me on a bit. That and my raw asshole.

Give me a call for teen phone sex! Read more of my blogs for hot masochistic men!