Playing With Hot Masochistic Men Is an Adventure That I Will Never Decline! 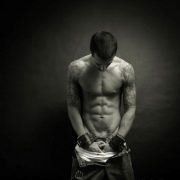 There is a special place in my heart for hot masochistic men.

Then he likes feeling rendered entirely helpless and having a hot girl, threaten his manhood. Along with that, he enjoyed placement in chastity and sounding. Ruined orgasms also turned him on a bunch, and he certainly didn’t mind the concept of me draining his wallet. Buying me lavish dinners that he knew I would never finish brought him distinct pleasure. And I took as though it were owed. Aggressive verbal degradation also pumped him up too. He told me all this, and I kissed him and told him that I thought he was cute. Then I forced him to watch romantic comedies for a bit while he rubbed my feet and sent him on his drunken way after.

The next date, I pinned him to my couch, and he seemed terrified but excited.

I kissed him again, and we began talking about some of the things that I held an interest in performing on him. I had recently purchased a textured silicon paddle, and no one wanted me to use it on them. This instrument was quite heavy for something that just looked like a wonky light little paddle. It had weight to it, and it had swing behind it. With every swing, the silicon snapped into place, almost like a heavy whip.

Along with that, I had a cane and a short, rubber, equestrian, bullwhip. That thing could peel right into you with the right kind of arm swing. I wanted to use it for a while but never found a soul brave enough. Seldom do my hardcore toys receive the attention they need.

I notified him of these toys, and the idea piqued his interest. I took him to my bedroom and forced him to kneel in front of my lovely little rack of toys. Then, I pulled my toys off of the rack and set them in front of him. He was encouraged to test them on himself, so he had a clear idea of the situation. Then, after deciding he liked the feel, he okayed the use of these toys on him, and this included the use of the whip and the paddle on his balls. I ordered him to strip, and he was quite attractive. I thought about how fun it would be to torture someone as attractive as he was. Then, I bound him until he was completely helpless, standing, with his arms strung up above him and his legs cuffed and spread apart by a bar.

Helpless hot masochistic men, ready to have their ass beat.

I tied his cock up real sung with a pink ribbon at the base. A nice little bow. Then, I let him have it with the paddle all up and around his ass, legs, balls, and bottoms of his feet. Then, I graduated to the cane. He was already pink. I only used the cane on his ass, legs, and bottoms of his feet, but they grew welts and slowly grew black and blue. Finally, I cracked my whip all over his shoulders and ass. I even let it clip his balls from the back, in between his balls. I jerked him off in between beatings. He finally came to me fucking him with one of my glass dildos as a reward for letting me use my other toys on him. I find myself deeply amused by hot masochistic men.

For fetish phone sex give me a call! Read more of my blogs for sensually dominating men.