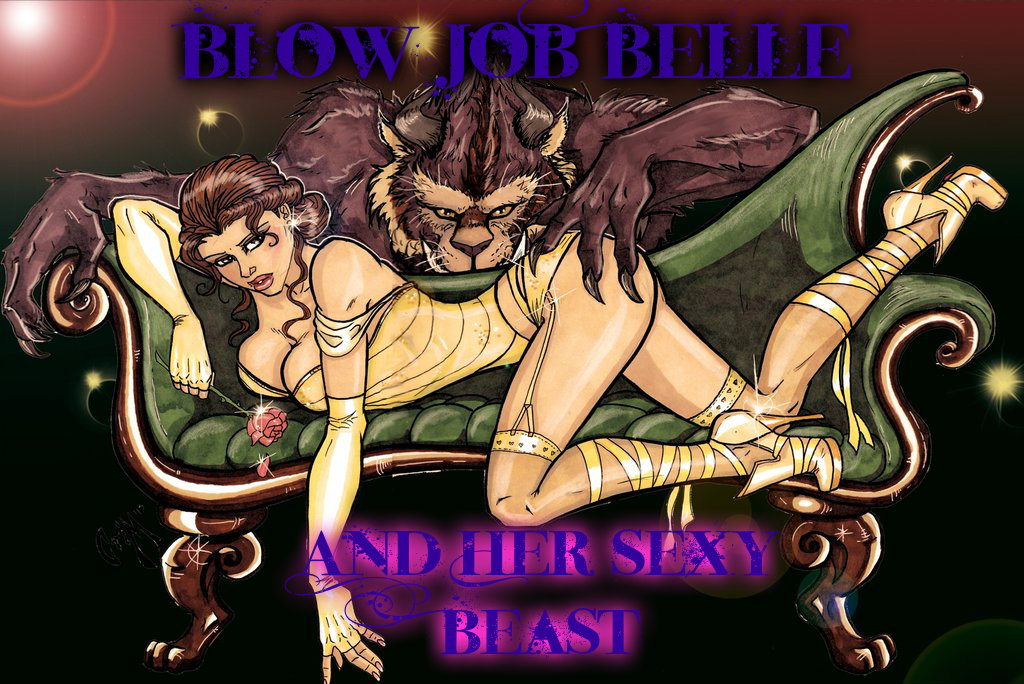 Yep! At it again. Twisting and tangling the great fairytales to give you the real low-down on how they went before they hit some editor’s hands. Give the red pens a rest for a minute and check out the real Beauty and the Beast story…the real story of a broad named low-job Belle and her sexy beast! Yeah…It kind of started the way it does in the books…the difference is that Belle was just a slut! Her dad was happy to get rid of her to the beast. She drank cum all night and slept all day at home…Maybe this “beast” could get something useful out of her!

The first day after being dropped off at the beast’s place, she had been disobedient enough that her master, the beast had fucked his new sex slave so hard, he left her with a swollen pussy! And, Belle loved it! She had squirt fountains all over his suite and he still hadn’t finished with her. He pounded her juicy pussy and licked from her fountain. He growled low and sure, deep in his throat and left her clit shaking with want.

That first spate of time, Belle largely only remembered awakening, not so much how she came to be asleep. LOL Her beast took every opportunity to show her everything he wanted from her. She was afraid though intrigued by most of it, even through her fear. She took his 15″ huge cock up the ass and had him splitting her little pussy in two. She’d had to learn to jerk him off, using both of her tiny hands. But, the thing she truly feared…was having that monster cock shoved down her throat! It just couldn’t happen, or so she thought.

She practiced relentlessly. Not so much of her own doing as his insistence. Inch by inch, she licked and stretched and gobbled and nibbled…and SUCKED. Did I neglect that part? Oh! She sucked…and I mean that in the best way.  He coached her