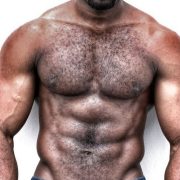 A BBC gangbang is always something I’ve always thought of. However, I didn’t get into my first one until I turned 19. I’d always been a hell of a flirt with black guys at school, a total teen whore, and I’d dated a few, but I didn’t get to fuck more than one at a time until this! There are a lot of biker bars in this town. Especially closer to the western area of the city. That’s where most of the rough and tough guys live. From spring to fall, you can hear them revving their bikes. There’s a massive love for bikers in this part of the South.

There’s a lot of biker bars around here, too. They can be the sweetest guys, or they can be the meanest. And I’m a thrill-seeker. An adrenaline junkie with little to lose 😉 I like to do anything, at least once. So I wanted to visit one of those biker bars about a month ago, when it started warming up.. and I got a little more than I bargained for. It started like any of my adventures. I got the cowgirl boots on, the dark denim cutoffs, and a little, sheer, black racerback tank top. You could barely see the outline of my sparkly Victoria’s Secret push-up bra underneath it. I was definitely dressed to tease. After all, I had my hair loose down my back and kind of curly, and the iPod in my car going back and forth, switching from rap, to rock, to country.

Curiously, I wandered around for a while.

I was just feeling the nice warm breeze that’d been missing for a long time. And then I saw it — this little biker bar on the corner of South Blvd. A few Harley’s parked by the side and a good crowd, having fun and drinking out in the patio. I pulled my car up in the parking lot behind it and went in to try my luck. Before the night even started, I was in at least six shots of Jack, having a good time with a few of the black guys in the back patio, closer to the parking lot. Drinks were pouring all night after that, and I was flirting up a storm as usual.

One of them was someone I could see myself fucking that night. He was the classic tall, dark-skinned guy, dark eyes, and handsome. He even had some tattoos down his arms, dog tags that screamed ex-military, and an fantastic bad-boy smile. Let’s call him Derrell. His friends were just as cute, and they were kind of in on the action. I wasn’t closing my focus in on any of them; hell, the one I wanted might be taken. I hadn’t initially planned for a BBC gangbang, so I was just picking out someone to go home with. So the recklessness continued all night.

I didn’t realize the way they were all looking at me.

I was going for all of them might give them the wrong idea, and it might end up in a BBC gangbang. When it was time to consider heading home, I started bringing it up slowly, hinting about going back to my place. I hinted at just going somewhere quiet, even if it wasn’t my house. However, my flirty advances caught the attention of the other guys. So when I managed to get away with Derrell for a little while, they followed soon after. They didn’t make it subtle at all, and they walked in on us behind the bar when we had started making out. The pervy assholes caught him with his pants down. They were down around his ankles, and his cock was balls deep in me, and my hands were all over him.

But they didn’t laugh it off and leave like I thought they would. I thought they were just showing up to make fun of him and then leave us alone. However, they stayed around and made some dirty comments. They were checking me out all night, and now they saw that I didn’t turn them away or freak out. Seeing that I was so open to them being there, they immediately joined in.

Before I knew it, they stripped me down to my panties.

They didn’t even take them off; they just pushed them to the side. Derrell leaned up against the wall. He held me up while settling his cock in my ass as deep as he could. One of his friends, Jaron, had his cock down my throat, and Tyson was making sure to play with my clit, having fun squeezing and playing with my tits until he got a turn. I tried to take home one guy and instead brought home all three in a biker BBC gangbang. To make it worse? They invited another three of their friends later that night, and I’ve been their little fuckdoll ever since, even seducing them with some black phone sex.