BBC Fuck On The Bus ♕ 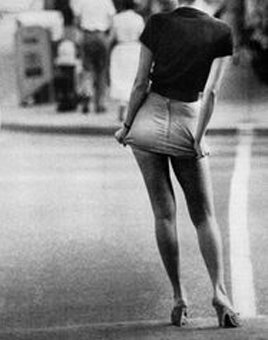 BBC Fuck On The Bus

Let me tell you all about my BBC fuck on the bus! It was a lot of fun and I think I will be riding the bus and black cocks a lot more now. I was a bit nervous to get on the bus. But my tire was flat and I had a ton of errands to run. So I had no choice. I walked to the bus stop. It was a bit cold so I put on some boots, thigh-high socks, and a fuzzy jacket. When I got to the bus stop there was a big black man eating for the bus also. He and I engaged in some conversation while we waited. He was actually pretty handsome. He was on his way to work.

Our conversation started to get a little flirty when the bus pulled up. He was a gentleman and told me, “Ladies first.” I caught his reflection in the bus window, he was looking up my skirt. That day I forgot to wear panties. I saw him smile when he saw my bare ass and sweet pussy from under my skirt.

I went and sat down at the back of the bus. Of course, he sat next to me. The bus was full of people, being that it was early in the morning and people were on their way to work. Him and I continued to talk, then all a sudden he put his hand on my leg and started to slip it up my skirt. I felt his warm fingers start to play with my clit and I began to softly moan. I reached over and started to run the outside of his pants. His dick was huge, I was not sure if it would even fit in my right pussy. But I was beyond willing to try.

I wanted to make this entire BBC fit in my tight pussy!

I slipped my hand down his pants and started to get him hard, the more I played with his cock the bigger he got. Damn, I was getting so wet and unbelievably horny. I needed to fuck him. But I was still trying to figure out how. So I moved his hand from my clit and sat on his lap. Fanning my skirt out around us. I took his dick and guided it into my pussy and started to grind  on him. I almost gave us away because I wanted to scream from pleasure. But I kept myself quiet so we didn’t get kicked off of the bus.

Want to know what happened next? Call me for BBC Fetish Phone Sex!