Ball Torture: Mistress London is in Control of Daryl’s Cock and Balls* 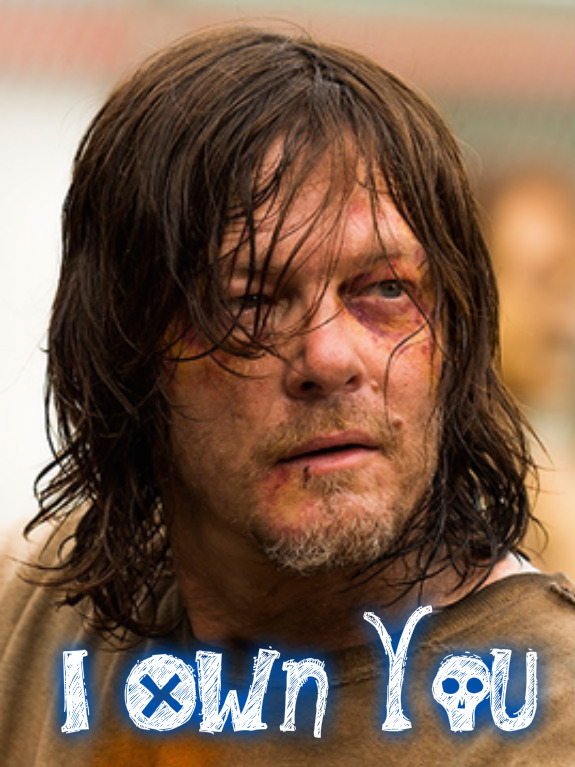 Ball torture is totally what I had in mind when Negan told me about Daryl’s disrespect. I figured he’d learn after I was done raping his ass the first time. So, I knew I had to step up my game with him. That’ll teach him to make threats to Negan even if he was just trying in vein to protect some snot-nosed kid.

I opened the door to his cell. He was in a new jumpsuit. I guess no one wanted to see him in a jacked up sweater. That was fine. Just a new suit for me to ruin.

I loved seeing him backed up into a corner. It brought a sadistic smile to my plump lips.

I yanked him to his feet by his hair without saying a word. Against the wall, very hard to see, were shackles chained to the wall. I chained up his arms and legs. Once he was secure I slid his pants to his ankles and stared at his bare cock.

Daryl wouldn’t even look at me. His gaze was far away. I wanted to bring him back to reality so badly.

First I started by grabbing his balls and tugging on them. Then I grabbed his cock and pulled it going the opposite direction.

I pulled harder. And harder. Finally I saw him grit his teeth. I gave them one final tug and he let out a low scream of pain. Now we were getting somewhere.

I let go only to replace my hands with my combat boot covered foot. I kicked him so hard he started turning red. Then I lifted my foot again and slammed it right into his cock in the exact same spot as before. That time I split his skin. Lines of blood trickled down to his balls and I laughed. This amused, almost psychotic, laugh that echoed off the walls. I could see the tears well up in his eyes. Looks like he liked my method of ball torture. But, I wasn’t done yet.