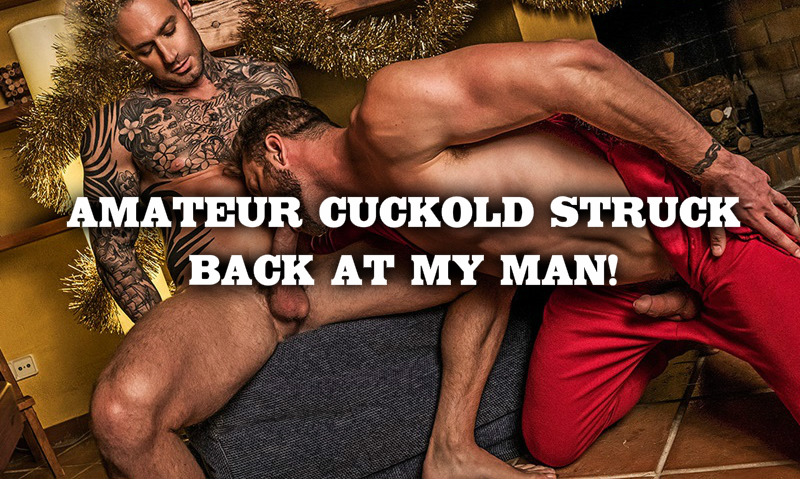 Some things are easier to explain than others, but the basic rundown is that my husband should know his place.  And since he gave me all this freedom way back when;  I don’t know what his problem is now!

He knew all along he couldn’t compete with my BBC lover, but he did try to keep up.

I saw how he watched us fuck and all the things that big black cock can do.  Furthermore, I knew he truly understood what his place was to be.  So, when Shawn kept getting the creepy letters, I was concerned that something wicked this way came. I mean, it’s not like this was the first of my cheating sex stories, but it’s the first to take such a dark turn.

Jeff was jealous and apparently teetering on the edge, so pushing him right now might not have been my best idea, but… I told him the OBVIOUS, that his cock just wouldn’t do.  Hell, Jeff can’t even give me a good protein shake.  Only Shawn could do that!

So, he THINKS he’s driving this bus, huh? LOL.

Shawn reluctantly handed me his tablet and there it was. An outright THREAT!

“I’ve tried being nice, Shawn. But, you clearly can’t take a hint, Mother FUCKER! Joey is MY WIFE, not yours!  She was a GIFT to you!  A GIFT that you have now taken over and stolen from me!  I may be weak, but she’s still mine!

Oh, true enough, for a time, I was a willing participant. I enjoyed how hard I got when I was humiliated by the two of you.  I yearned to taste her on your cock. Hell! I loved the taste of your cock no matter what else happened.  I can still hear the slapping sounds of you ramming her tight cunt.  The way your heavy sac dangled in front of my lips as I serviced you both.  You KNEW I wanted you! You knew it!  Yet, you taunted me anyway.

If He’d ONLY KNOWN!

So, there it was!  Jeff, not-so-secretly, in love…with MY man! Hah! Who would have thought it?  These letters were NOT meant to do anything except scare Shawn and me apart!  And it nearly worked.  Moreover, it made my dear husband easier to live with because for the first time ever he was ACTING like a man.  Too bad that’s all he was doing…acting. And in that moment, the plan began to form.

Shawn would let Jeff think he’d won.  He’d lure him and then fuck the shit out of his man-pussy. He’d make him believe they were going to becum lovers. Hahahaha. What a joke! If only Jeff knew that he’d be humiliated beyond compare. His spirit would be broken and still, he’d be happy for the attention.

His REAL Cuck Training was about to begin!

Jeff showed up at the appointed time and place.  He’d even worn that pretty dress he bought himself, with a flower adorning his wig.  And when he rounded that corner, he saw them all.  A room FULL of men all waiting to train his little puss.  But, the most humiliating thing was his boss, his pastor, his own brother was there.  All naked, all hard as rocks and ALL ready to break him.  Poor Jeffrey. Giggle.