A Secretary and Her Boss ♕ 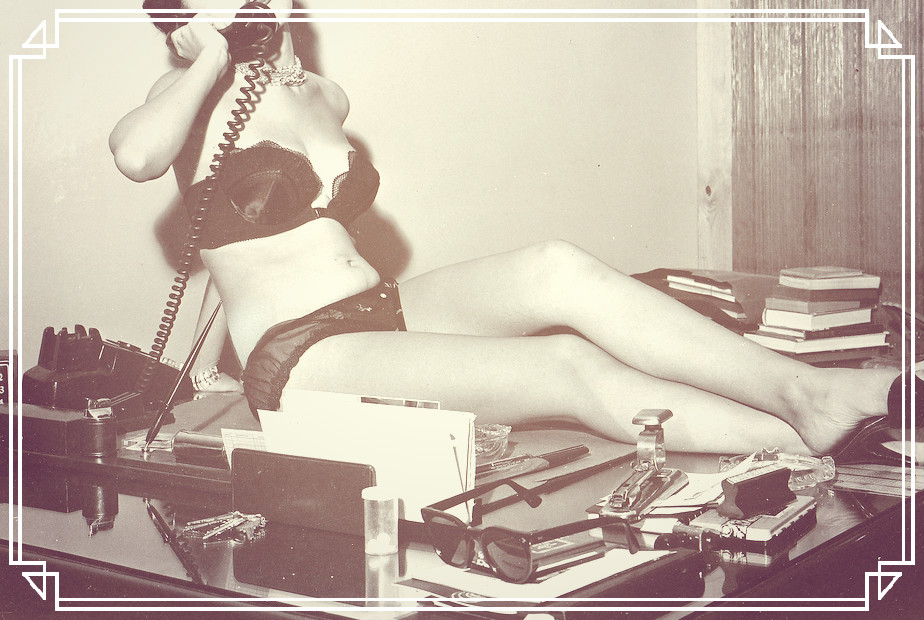 The clock had just stroke 12 when he entered the office. Alec was handsome, strong and successful, he was also my boss. I watched as he walked up to my desk, he winked as he walked passed me. It was the usual routine that we had been going through for six months since I became his secretary. I wanted him to see me as more than just his silly secretary, and him my boss.

I watched him through the tinted window as he sat on his desk, slowly untying his tie as though he carried the weight of the world on his perfectly sculpted shoulders. So I couldn’t get enough of watching his shadow through that tinted glass, working as hard as he always did. He was such a beautiful mystery, and I couldn’t help but long for his embrace.

Alec had been working in his office, and it was past 7 pm now. I was told to always wait for him to leave, but I had plans with some friends and needed to get going. Alec never stayed this late, and I began to worry if something was wrong. I gained all of my courage, stood up from my secretary’s desk, and began to make my way towards his door. I checked myself out in the small mirror behind my desk to make sure I still looked sexy, as I planned to always be for my boss.

The short skirt I was wearing revealed my long legs, which were made to look even longer with the 3-inch black high heels I was wearing. I looked at my button-up shirt that covered my beautiful big tits and decided to unbutton it a bit to make sure that my white lace bra was sure to do its job. I pulled my hair out of the bun I had been wearing all day, to reveal my long brown hair. So I was ready now to be seen by Alec. No one was around, and I had to be sure that I was looking extra sexy.

I opened the big wooden door that held Alec’s office behind it, I peaked my head through the door.

“Um Mr. Pratt, I uh wanted to know if you were okay? You don’t usually stay so long…”

As soon as I opened the door wide enough for me to get inside, Alec stuck his head out from his laptop and looked at me. But it wasn’t the way he always looked at me, this time he seemed eager. It was as though he was taking in every single inch of my body, working from the bottom up. He finally stood up and walked over to me

“Mila, I would like for you to do something for me…since you are my secretary..”

“Yes Alec, what can I do for you?” He had stopped right in front of me and began kissing my neck slowly at first, but the intensity grew as I made my hands reach towards his hard cock. I needed this, and I knew that this was exactly what he wanted. My mouth watered as I began making my tongue and lips move towards his chest, and down towards his suit pants.

I unzipped those grey Ralph Lauren pants with only my teeth, revealing his tight boxer briefs. I moved my hand up his leg as I squatted down on my knees in front of him. He lifted my head to look at me, and wink that same heart-throbbing wink he always had given to me. My hands worked their magic and revealed his hard man stick in front of me. My mouth watered as I took his manhood inside of my wet lips. I couldn’t wait to show my boss exactly what I would do for him.

What happened next? Well, only the naughty secretary can tell you all about that sloppy wet blow job she gave to her boss. Give me a call to hear about all the naughty details.