Workplace rape is real. And I hate to love it but my body does 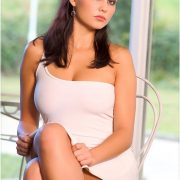 This is not one of your normal Office sex stories you see workplace rape is real. And I hate to love it but my body does. My boss Richard has been raping me for weeks. I need my job so I can not just quit and no one would believe me.

I do not believe it but I think body is addicted to being raped.

A few nights after Richard’s birthday, he and I were alone at work again, but it was a busy night and I was able to avoid him for most of the night.

With just over an hour left in our shift and no incidents, I’d thought I’d avoided him completely. Things were slowing down and Richard was starting to eye me.

So I decided I could hide in the restroom for a bit until the next shift started to trickle in and I’d be safe. I’d only just stepped into the restroom, the door not even fully closed behind me when Richard forced his way in with me.

He turned and locked the door, then turned back to grab me from behind. He forced me over to the sinks, pressed his body up close to mine, and wrapped his left hand around my throat.

I whimpered in response and Richard just growled. I could see him behind me in the large mirror lust and hunger burning in his eyes.

“You thought you were in the clear tonight, didn’t you?” He breathed into my ear, “You came in here thinking you were safe,

but you forgot you belong to me, slut. Don’t you, slut?”

He squeezed my throat causing me to choke and I just nodded. “Good girl,” He growled.

He used his right hand to unbutton my jeans while his left stayed firmly around my throat. Just tight enough to make breathing difficult but not cutting it off completely.

His right hand slid into my panties and he quickly found my clit. His fingers worked it back and forth slowly at first and then with more urgency.

My body began to respond almost immediately. I let out a soft moan and I felt Richard begin to grind his hard cock against my ass through my jeans.

“You’re begging me to stop,” Richard growled, “But your hips don’t lie.”

He was right. I know I didn’t want this, yet my hips were moving back and forth in time with his fingers.

I could hear how wet I was already from his actions. Richard moved his fingers back to my clit, causing me to shudder and my knees to buckle a bit.

I bit my lip to stifle a moan. Richard suddenly pulled his hand away and struggled to open my jeans more with one hand.

So he opted to just force them down over my hips. I then felt him reach between our bodies and heard him undo the buckle on his jeans.

Richard pulled me tight to his body again. Then I felt his naked cock hard and hot between my ass cheeks.

He returned his right hand between my thighs and resumed finger fucking me while he slid his hard cock up and down between my ass cheeks.

“Mmmm, fuck, I love your ass.” Richard moaned as he pumped his cock against my ass.

His fingers continued their work against my clit and the pleasure was too much, I could feel an orgasm building. I tried to fight it, but there was nothing I could do.

Richard was pumping his cock between my ass cheeks faster and his fingers flew across my clit. I looked up at the mirror and saw a mixture of fear and lust on my face.

I knew he owned me and part of me loved it. It was the final straw.

My body shuddered and tightened as the waves of pleasure washed over me. In the mirror, I saw the fear was gone and I was lost in lust and pleasure.

Suddenly Richard forced me to bend forward and I felt the head of his hard cock at the entrance to my still spasming pussy.

“Aaaahhhhh.” I let out a long moan and instinctively started to push back

“FUCK!” Richard cursed and pulled away quickly pulling up his pants and putting his cock away.

“Later, slut,” He said rushing out of the restroom.

I stayed there, still recovering from my orgasm and breathing a sigh of relief. I collected my thoughts, cleaned myself up and went back outside.

When I walked out, Richard was at his desk wrapping up as if nothing happened. I headed to my cubicle. The shift ended and I headed home thinking I would be safe at home…