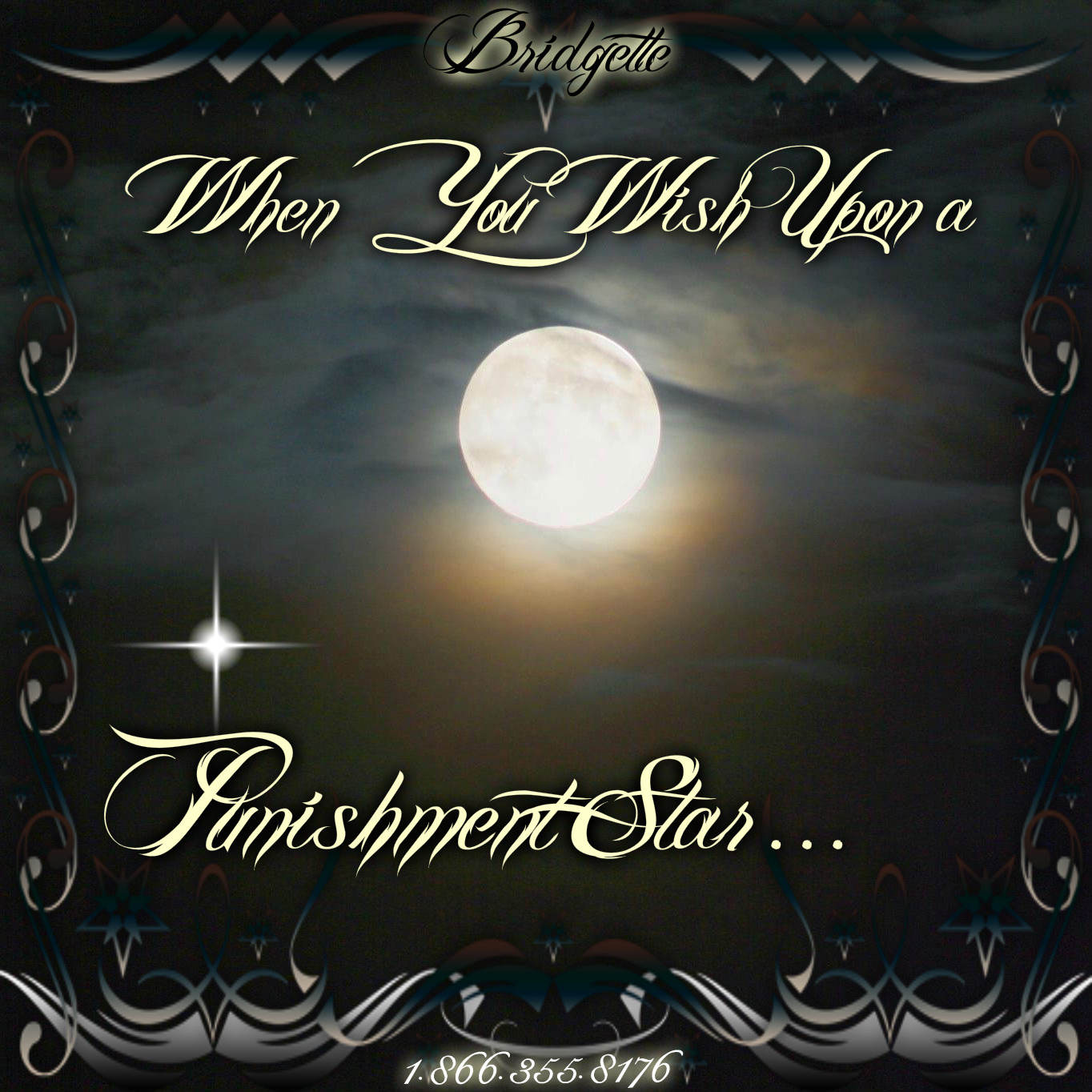 “I can’t get him to do a single thing I ask of him.” She said desperately. “I swear, nothing would make him happier than having me wait on him hand and foot, kowtowing to his every whim.  Then, if you can believe it, after everything I’ve done for him, I come to find out that he’s been seeing this woman for the past three years.” He sounded like a big spoiled baby. One that was in dire need of punishment.

When Lydia broke down and told me what was happening she didn’t expect a solution to be found. She just wanted to be able to tell someone. She told me how humiliated she felt when she discovered about the existence of his girlfriend. Lydia was so hurt she said she would do anything to make him feel as humiliated as she felt that afternoon.

I told her about making a wish on the first star to show in the sky. How the child’s rhyme did indeed prove to be true, but it omitted one little detail – it only works during a full moon. With this in mind, she and I came up with an apropos wish to wish upon the now dubbed punishment star – one befitting of his childish behavior. Lydia only half believed it, but she went shopping with me nevertheless to pick out new furniture for her house. Some things were going to change.

Indeed, we both agreed the punishment definitely fit his crime

Lydia and her husband went on a weekend trip together shortly after that conversation. While they were gone I had the furniture we ordered together moved into the house. Lydia and David spent what would be their last weekend trip together as husband and wife. At least it was the last one for a very long time. When they got home, David was in for a huge surprise.

Their trip had been planned so that the last night they were gone was the full moon. Lydia climbed up on David’s lap and kissed him passionately. “Where did that come from?” he asked her.

Lydia smiled at him and looked up at the endless sky. Off to her left, she found the first bright star. Her eyes closed and she wished with all of her might for her wish to come true. Then she slid off of her chair and walked back inside from the deck. David sat and looked out into space daydreaming.

As Lydia was making sure everything was ready to go home she heard this awfully loud cry, not of David’s voice though, it was almost like a baby crying. She ran to the deck. Her husband looked at her in disbelief. He opened his mouth to talk to her and just garbled his words into baby talk. His arms were flopping around as he tried to point to his pants. His punishment had just begun.

…to read the continuation of my little tale of punishment and retribution, click here…