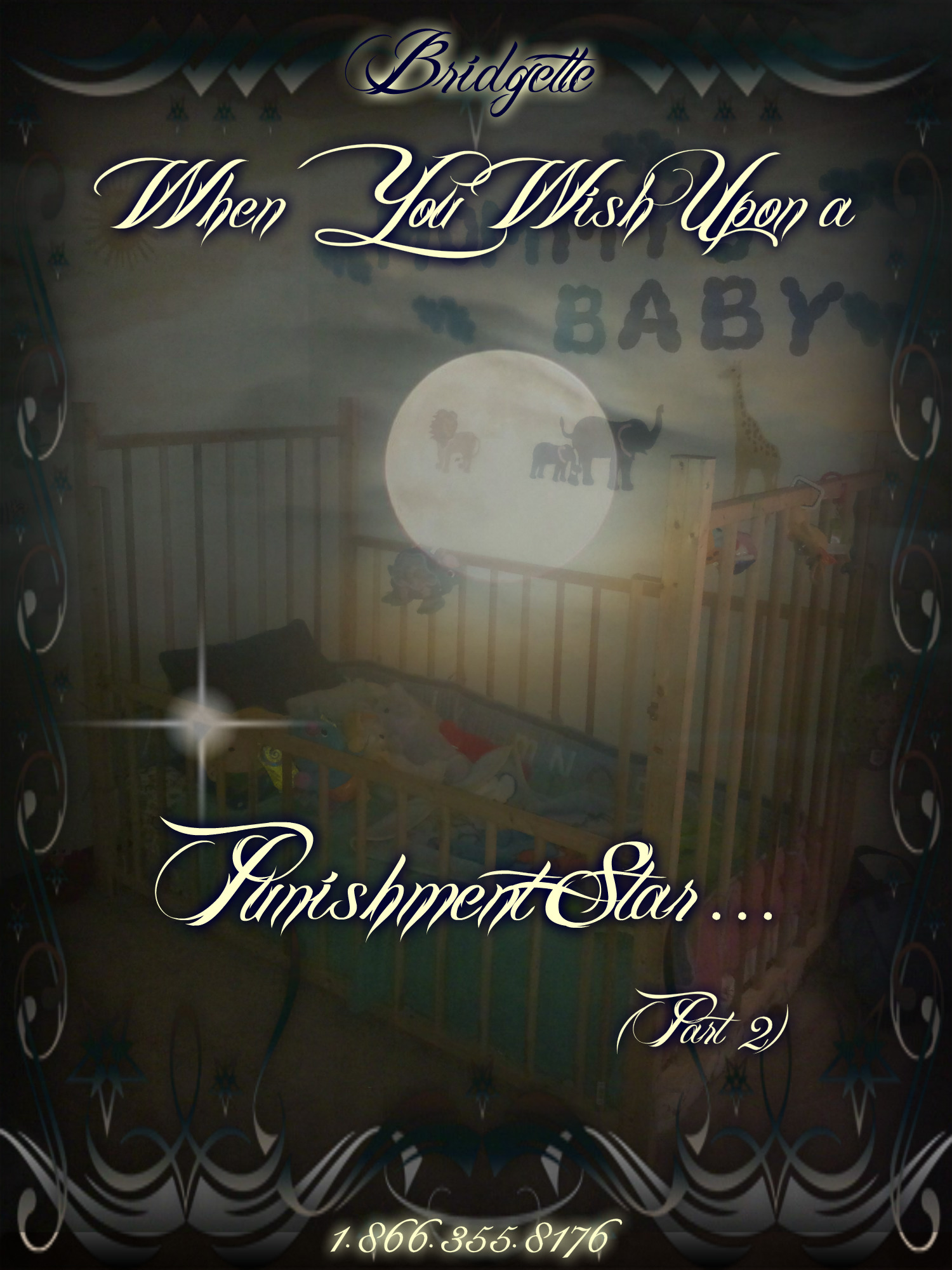 He opened his mouth to talk to her and just garbled his words into baby talk. His arms were flopping around as he tried to point to his pants. His punishment ha just begun.

“My dear sweet husband, love of my life,” she said as she smiled at him. “You picked the wrong woman to mess with. I do love you with all of my heart. But you brought this on yourself though. I made a wish on a star tonight… well, more like a punishment star, that you would be unable to stop yourself from wetting your pants – seemed fitting since your actions have left me drenched in humiliation. Then I wished that when this happened that your body would react just like a little baby would. No talking, no walking, no using the toilet, no fucking your girlfriend anymore because you’ll find your cock won’t stand up.”

David tried to stand up and learned she was right, he was unable to stand up – he was forced to crawl to her. His lips moved rapidly as he tried to apologize, to explain, anything to get her to call this off. Instead, tiny spit bubbles formed at the corner of his lips. Lydia laughed and led him inside and then to the car. She had him sit on a towel and then he saw a diaper bag beside him. “That’s for you, well for Nina more precisely. You remember Nina, don’t you?  Your girlfriend you’ve been banging?  Well, if she wants to care for you as a baby I guess you’ll know she really loved you after all. If not, she can bring you back to me; I am having a nursery set up as we speak,” She informed him.

The magnitude of his punishment was just starting to sink in

He just cried; all of that frustration and no way to express it, the tears flowing from his eyes. “Yes, that’s right, that’s what I was hinting at. I’m taking you to Nina’s house and dropping you off.” Lydia said trying not to laugh.   “I expect though, after what I have been told, that she will be bringing you home soon.”

David just sat there in his piss-soaked pants, unable to wrap his mind around what was done to him…how it was done to him… and WHO had done this to him. His sweet, push-over of a wife Lydia had turned him to, for all intents and purposes, a blubbering, pants-wetting baby. And there was nothing he could do. The realization slowly washed over him in a moment of horrifying comprehension …and with it the knowledge that his humiliation was just beginning.

And what wish shall I wish upon the punishment star for you? What transgressions do you have to atone for? Call me and let me enlighten you.