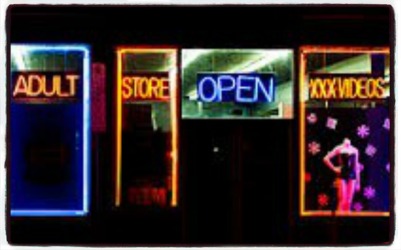 His wife had no idea how naughty her husband was.

His wife was out of town visiting family. He counted down the days until she was supposed to leave. She had no idea how fucking naughty her husband was. Ever since he went shopping for some toys for her as a surprise and discovered the gloryholes in the back of the store he was hooked. Every time he got a chance he would go back.

As she said her goodbyes all he could think about was how long his wife was going to be gone and he was going to be having a LOT of fun! It’s not like they didn’t have a good sexual relationship she just wasn’t as dirty as he had become. He was scared to even bring it up to her. So he just took advantage of any time he could get without her.

As she was on the plane he was already hard as a rock getting his cock sucked through a gloryhole. The room was a little stuffy and smelled like sex which only turned him on even more. As the unknown mouth was working his cock he closed his eyes and imagined all of the naughty things that had gone on in the room before he had gotten there.

He really wished that his wife would come to the glory hole with him because even though he was being naughty without him.

she was still the focus of most of his fantasies. While his cock stiffened and exploded into the mouth of the stranger on the other side of the wall he imagined his wife in there with her mouth wrapped around another strangers cock.

He had never sucked cock before. Obviously, the person in the next room didn’t know that there was only a man on this end. Or maybe he did and just didn’t care. Do you think this naughty husband will take his escapade a little farther than before? Stay tuned my sexy readers….I can’t wait to tell you what he decides to do!