Where Should We Fuck Next?  A Game That Gave Our Relationship a Spark! ♕ 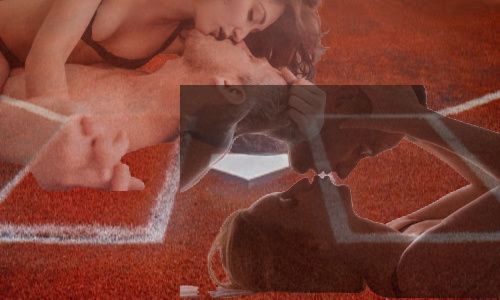 My husband Ralph and I were college sweethearts and did not regret a single day since we met 30 years ago.  We were both hot and heavy in our careers as much as each other and we had three beautiful children.  Our lives could not be better; except our sex life needed some attention!  As time went on we spend so much time working and taking care of the children that we forgot how to take care of each other!  So, we decided to play a game!  The game was called “Where should we fuck next?”  Every place we went, alone, with each other or with other people, we were frantically texting each other.  This was almost as erotic as phone sex.   After realizing that we both like to be watched, this was the perfect game to give a spark to our relationship.

Where will we fuck next?

A few months had gone by since we had played the game, “Where should we fuck next?” and it was like we both needed a fix again.  Fucking the car in the driveway in broad daylight was so hot and steamy; the net place had to top that.  After a few weeks of texting and throwing around ideas Ralph had a plan.

We were going to make it our mission to go to a baseball game and fuck on home plate.  We purchased tickets for our favorite baseball team and enjoyed the game like we always did.  At the bottom of the ninth inning we went into the family bathroom to wait until security completed their sweep of our level.  Then we started to make our way to the field.  I can believe our “Where should we fuck next” game was back in full swing.  I was so excited; my panties were soaking wet!

We finally made it to the field and all the lights had been turned out.  Only a few spot lights remained on and one was on Home plate.  While we were waiting for security to leave, we were making out in the bathroom; a little foreplay!  By the time we got to home plate we both were bottomless and ready to fuck.

I got down on my knees to make sure that Ralph was as rock-hard as he could be.  He’s already exposed tool was ready for me to put in my mouth and began to suck and slurp on it.  I was so turned on that I went right to gagging and drooling.  Ralph must have liked what I was doing because he grabbed the back of my head and started to fuck my face.  I could feel his excitement building so I had to stop so he did not blow his load too early.

Was it worth it?

Just as we climaxed, an employee from the stadium spotted us, bottomless, on home plate.  We were escorted out and given a fine.  It was all worth it!  Where should we fuck next was that topic of conversation in the car all the way home.  We got so excited all over again so we had to stop for some roadside head before we made it home.  I can’t wait to figure out where we will fuck next.

Did you enjoy this hot tale of erotica?  Read other blogs that I have written, like The Long Rite of Passage!