Welcum To The Badass Bad Girl’s Club! Enter At Your Own Risk! 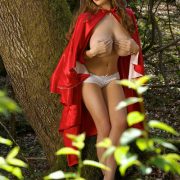 Welcum To The Badass Bad Girl’s Club! Enter At Your Own Risk!

Hmm. Where was I? Oh, Yes! My bad ass and the things I do to keep myself in trouble! The day of my arrest. The police came strolling up to my door asking if I’d seen this woman in the picture before me. Did I recognize myself? Now, let’s see. DUH! Too many donuts at Crispy Cream, fellas? Haha. I grabbed the flyer, looked it over and said smugly, “Nope. Never seen her before.” before handing it back to tweedle dumb and tweedle dumber!

Shaking my head on that one, even now.

They made it almost back to the squad car, and I to my own back door, when they turned on their heels, almost in unison, and pushed back through the door to tackle me. Ouch! “Hey, shitheads, I’m still a girl!” I yelled as they slapped the handcuffs on me. Maybe a bit too tight, and on purpose, I suspect! “You’re under arrest, young lady!”

“What the fuck?” I screamed at the lesbian looking cop in the corner.

“Keep your panties on! You know why the hell we’re here!” She yelled back.

“I swear I don’t”, came my impassioned reply. It fell on deaf ears. They were cops, and maybe stupid too! LOL

So, we arrived at the jailhouse. Not cumpletely unfamiliar to me. I’m a Badass Bad Girl, remember? But, I have yet to hear the nature of my crime, this time. I had been getting my sweet, little ass hauled in here since I was a tight young teen. Back then, it was for the blackmailing of a principal after I forced him to fuck me. Or, maybe it was the girl who claimed I forced lesbian sex on her against her will. Hard to tell she was fighting it at all as I lapped at her pussy until she cried out my name in pleasure. Well, her parents walked in at just the wrong, or right moment. I get it. She felt compelled to spin it for her folks. Giggle.

This time apparently, it was my penchant for public sex.

So, after a gang-banger’s dream night of frigging, sucking, fucking, and embuggering in the hoosegow, Big Daddy came through to bail me out. I guess I’ve got to go home and fuck him now too. It’s the price I pay for being the leader of such a badass bad girl club.

Once we got back to my place, I took a few minutes to shower. I piled my hair loosely on top of my head and sprayed on fresh perfume, pulled on my thigh-highs and attached the garter straps, and slipped into a silk kimono, cinching it tightly to show every curve and then, I waited. He took a while so I poured a glass of wine and reclined on the sofa.

What the hell was he DOING? He knows you can’t keep a bad girl waiting.

Furthermore, and at the same moment,  our eyes locked on each other. His cock started growing in his nicely worn jeans and I could tell it was a big fatty. He knew I saw it and a sly grin formed at just one edge of his lips. So, I licked my own and bit down on the bottom one; my eyes roamed freely all over him. He stalked toward me, relieving himself of his shirt along the way. I noticed he had a thin sheen of sweat over his pecs and I could tell what he needed.

He paid my bail, so I was more than happy to pay him back!

But, in one more step, he reached me and with a single pull, he removed the kimono, dropping it to the floor at my feet. Time for another round! I was so down for that! In the blink of an eye, he had me thrust against the shower doors, threatening to knock it over with the strength of his movement.  And, just as quickly, he went all gentle-guy on me, wrapping a hand around my head, fingers laced in the strands of my long, wet hair. His tongue exploring my mouth in a rush of tender, unexpected passion and I gave in to the kiss. Our tongues danced and played and when we pulled away. We were both uncomfortably breathless.

Even the badass bad girl’s club should once in a while consider allowing a badass MAN in! This man DEFINITELY qualified for immediate membership! Want to know the secrets of getting in and out of trouble at the drop of a dime? So, maybe you wanna know how YOU can get a membership too? Drop by and chat with me. But, you’d better bring your wallet along. After a night of public sex and heavy cum-drunkenness at the badass bad girl’s club, you might be needing it for bail! Giggle.