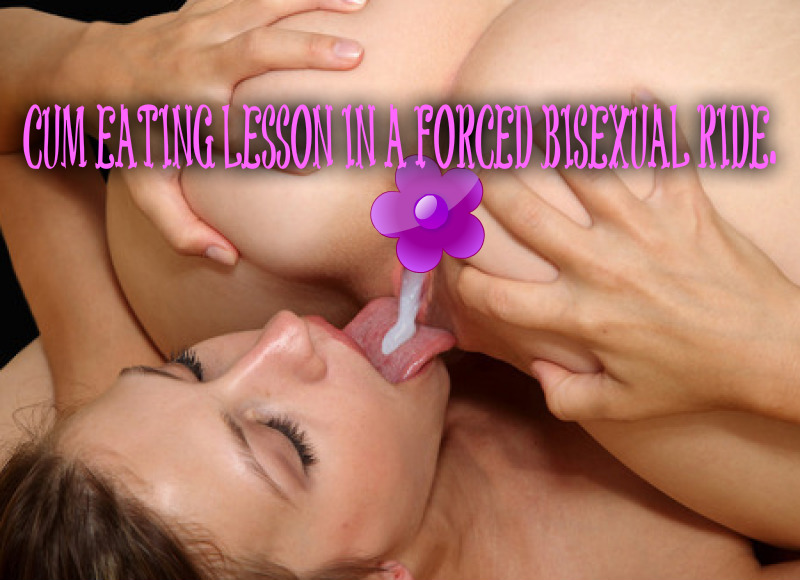 I noticed Tim noticing my young Step Sister, Hanna whenever she came over to visit me at my apartment.  And she was not what we’d call the SHY-TYPE by way of her clothes.  With her perfect tits and tiny waist then, add to that an ass you could bounce coins on and you’ve got the makings of big trouble!

I can see his cock twitch everytime she’s within reach of it.  So, one night when we were fucking I told him I’d give her to him as a present and he nearly had a heart attack!  I thought it was a cute reaction and for weeks after, he kept bugging me about it.  I almost changed my mind.  Maybe I shouldn’t have fed into his fantasy.  At some point, I got to thinking he craved her MORE than he craved me!

I primed her for the surprise on Tim and when he walked into the bedroom on that fateful night he got more than he ever planned on.  I was face-down with her legs parted and my tongue deep inside her.  Who would’ve thunk it?  ME…turned on by my own baby sister?  Or, more so by my man wanting her so much it weakened him?

Tim stripped and joined in the fun without hesitation as both of us devoured him.  He fought the urge to baste us with his warm juices.

Hanna knew about sex, but she’d fallen hard for Tim after he ate her cunt.  Both of them tried to hide it, but it was there, between us every time we were together.  I’d thought I’d given him the best present and then I found out; he’d planned on her being part of our future too.  I guess he planned on me being her fire-starter, but they didn’t always NEED me if you know what I mean.  Daddy always says, “A stiff dick has no conscience!”  Daddy’s hardly ever wrong.

When I found them together, I had no choice but to join in, or watch them ride off into the sunset, right?  WRONG!  I had some small plans of my own…involving Tim’s brother, Mark!  They were as tight as bros could be; but I don’t really need to educate you on Daddy’s saying about the stiff dick again, do I?

Time to try something new… Sweet Young Pussy and for now, it’s all mine to practice on.

Are YOU into Lesbian Sex Stories?  There’s no better place to learn lessons than with Joey!  Try me, You’ll LOVE ME!