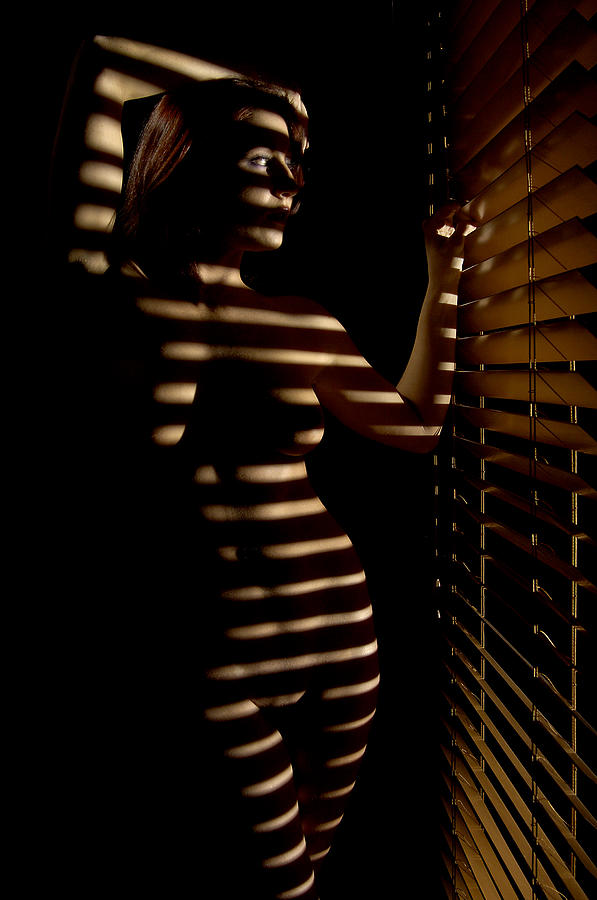 I stood there amusedly watching him stroke his cock up and down, he hadn’t a clue I was watching him. I could see he was watching some lesbian porn and very much enjoying it. He was sitting on the edge of the bed and it was playing on a fairly large screen that he’d already hung on the wall. I had my own bedroom lights turned off, so there was no light to show I was there watching and I saw him get out his lube and rub it up and down his hard shaft, which looked to be rather on the large side and I wondered what that cock would feel like inside of me. 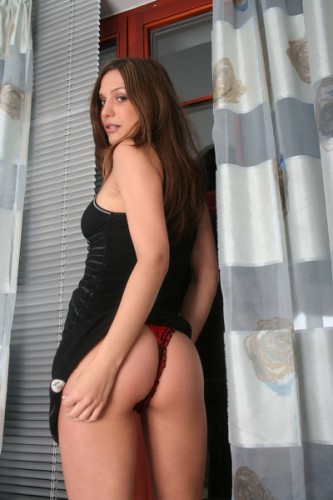 He knew I was watching him and he obviously was encouraging it by opening the window so I could hear as well as see. I felt very naughty being a voyeur like this, yet it was sexy and I knew he didn’t mind, I guess he was a bit of an exhibitionist to enjoy being watched like this. I was a bit shocked the next morning when half tucked under my doormat was a note asking me to come over tonight and watch up close. His door was unlocked and opened a crack when I went over and I could hear the porn music when I walked in and up the stairs and there he was jerking away. He sat on the bed and smiled when I walked in, like he hadn’t a doubt I’d show. I stood in front of him and watched him masturbate, and it wasn’t long until he blew his load and then he told me it was my turn. I undressed and sat in a chair in front of him and put my legs over the sides and rubbed my pussy for him and was so turned on as he watched me. It wasn’t long until I came very hard. It’s always fun getting to know the new neighbors.