Used Prison Slut: Had A New Meaning The Day I Was Sentence 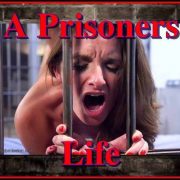 All I remember from the day I got sentenced was the loud BANG of the judge’s gavel. Then All i heard was You are now sentenced to 5 years in the Women’s Reformatory. The court guards pushed me through a door. Then put me into a waiting bus. I had never heard of this Prison before but the guards were laughing and telling me I would make a nice Used Prison slut. Thinking they were  trying to degrade me. I was already losing everything I had. They did not have to make me feel any worse. Little did I know I had not lost everything yet. However, I was about too.

As I sat there looking out the window I wondered how life at a Prison would go for me. I din’t want to end up being someones bitch. However, I guess I needed to do what I had too at theis point. I regreated taking the office money to pay my water bill, but now I was gonna pay it back with hard time. How hard of a time? Well that never got to clear till the minute I got to the Prison.

Get off the Bus Bitch!

There was 3 of us. They pushed us into a big tan room and told us to strip. I never was to shy about my body. However here was a differant story. I’ve been going over stories after stories I’ve heard about prisons and all of them included getting raped by some Huge Bitch in Prison for murder or something.  However, I complied and undressed like i was told.

We were told to turn around and put our hands on the walls. As I felt being patted down by the prison gaurd I heard chuckles and the girl next to me say Stop it! I watched as they threw her to the ground and beat her. Saying they owned her now. There wa no one to save you here. I sat quiet Hoping I would not be next. The gaurds got thier point across and I decided I was going to do everything they asked.

Learning to be a Used Prison Slut

They led us to the next roomnot giving our clothes back. However i was not going to speak up and say anything. The por girl infront of me was dripping in blood and I did not want to end up like that. Then We walked straight into a gaurd house. Gaurds were line up and watching us as we walked through. Next, is when I learned my fate. I was going to be one of the Cum Whores that was used and abusive. The gaurds just walked over and started groping the two of us that didnt get beat. I never saw her agian. However, I was not so lucky.

My fate was a much harsher world

I was led off with one of the guards. This is where I learned my last rights that I had would be taken. I no longer owned even my body.  Kneel in the chair backward a lift my ass up said the guard. Once I did another guard walked in. He walked to the front of me. Then He held my chin up.

Saying Yes, I think this one is going to be a fun one.

Smacked me across the face and told me to open my slut mouth. Hearing the guy behind me laughing. Then start rubbing my pussy.  The guard slid his cock into my mouth. Then the other guard slid is cock int my ass.  I couldn’t help gagging on the guard’s cock in front of me. He was huge and I had never sucked such a big cock.

Nude is how we stayed. Matter, in fact, no inmates had clothes. We lived without clothes. Of course, I soon realized clothes would just get in the way of our daily duties. We were holes for the guards to fuck whenever however they wanted. Then We went sent to the in house doctor an put on birth control. At least us lucky ones. The Ones they called breeders were fat. They sold off the babies to the highest bidder. Then just rebreed the Used Prison Slut again. I became a good hoe. Take the Guards cocks over and over again. Most of the day we walked around with cum dripping from our cunt and ass. Then Only allowed to take baths daily.

Want to hear more about this Prison Story? Your favorite phone sex operator is ready to dive into your prison and be your Used Prison Slut. Only your mind can lead us there.