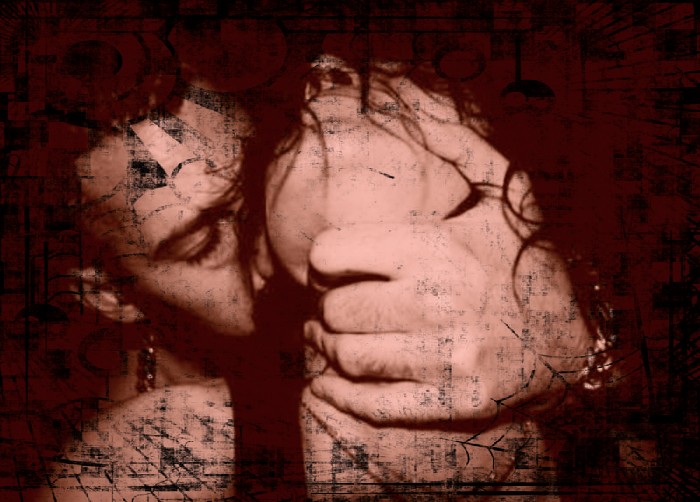 Apparently, I wasn’t moving fast enough for his taste. I felt his hands grip my dress, and the sound of ripping material filled the air, along with my gasps. Then I watched his lust-filled eyes take me in, devouring me. My body shuttered in response to his perusing, and then to the huge bulge in his jeans. Oh yeah, that’s what this cheating wife wanted. Little did I know my simple cheating wife tale was about to transform into a twisted incestuous tale

And as my dominant male took and defiled me, my son was crouched down by the stairs, listening intently as the truth of his mom was unfolding. That his mom was not just a cheating wife, but a slut and a whore as well. He was shocked and even sickened at the discovery. But there was another part of him that was stirring. Awakening to each groan, to each scream and dirty phrase spoken.  One that spoke of the hedonistic desires of incest with his slut of a mom. That he was turned on. And that proof was evident in the swelling of his own cock.

And just like that, a simple case of infidelity morphed into a twisted incestuous tale for my son.

My son listened in as my Fuck buddy pounded into my sopping wet cunt (his name was Hunter – did I mention that before? I don’t think I was paying too much attention when he told me earlier. I was too busy paying attention to his tongue down my throat then names at the time).

Hunter was grunting about how much of a hot piece of ass I was. He reveled in telling me that I had quite the reputation, giving such vulgar details of past stories told about me. He thought maybe it was all hype, but not only did I live up to my reputation, but surpassed it. And then he growled, and I thought I heard him say he was taking ownership of my pussy, my mouth, my ass.

And he made good on each and every threat.

After my alpha male used me so thoroughly, breaking me to utter ruin, he informed me that I was now his. And as his property, he was going to host a special party with me as the guest of honor.

My eyes grew wide, and even though my pussy and ass were sore and throbbed from such brutal usage, my cunt still pulsated with renewed desire. The idea of being filled and fucked by so many at one time made my pussy clench and gush with more juices. I wanted it. More than I ever wanted anything else.

But then he turned to look over his shoulder and at the stairs. I wondered what he was looking at until he spoke to some unknown entity. Unknown until he said, “Hey kid, you liked the show? Liked seeing and hearing your whore of a mom be my bitch? How she’s just a slut and a cheating wife?”

My son, even though he was embarrassed at being the discovered voyeur, slowly stepped out of the shadows and made his presence known. His eyes locked on mine as I tried to hide my well-used body. And then my son nodded his head slowly. Cold realization traveled down my spine; that and something else.

“Yeah,” my new owner said. “Bet you did. Tell ya what. You keep this little tryst to yourself, and I’ll let you have a go at your slut of a mom. Sound like a deal?”

And to my utter shock and dismay, a smile slowly grew over the face of my son, and he nodded emphatically.

“Yeah, you’ve got yourself a deal.”

So what do ya say? Is it a deal? You up for some twisted taboo phone sex? All you have to do is call my phone sex line and we can start our own twisted incestuous tale.