Transformation Fetish – Unleash the Werewolf Inside You* 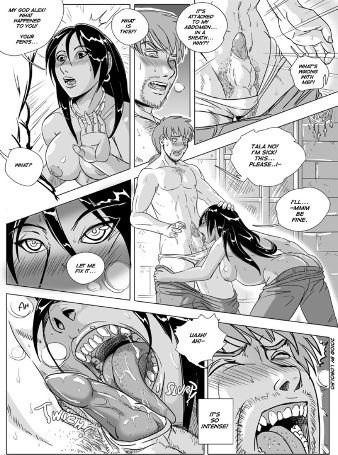 Transformation Fetish is SO Hot!

Transformation fetish is something I’ve gotten more and more into. To you, my beloved Alpha wolf, this is for you.

My boyfriend texted me late one night. He sounded desperate. So, I let him come over. I was getting tired, but I knew he’d relentlessly pound on my door until I answered.

I went to the door to let him in. It was a clear, starry sky and I could see the full moon peeking out from behind a single cloud. It looked so beautiful.

He came stumbling over the threshold of my living room, panting heavily. I looked at him with some concern in my eyes.

Kneeling beside him I put my hands on his shoulders. “Are you okay?”

He shook his head vigorously. No, he wasn’t.

Looking up at me I saw his eyes get bigger. They started to change color: going from hazel to a deep amber that almost glowed. I blinked furiously trying to see if I was more tired than I thought. They were still there softly glowing amber.

My hands were still on his shoulders and I felt him rise. No, he wasn’t moving. He was getting bigger, broader. His lips curled upward into a snarl and I saw his teeth lengthening. Hair started sprouting up all over his body. His ears pointed up then moved closer to the top of his head.

I staggered backward while he shifted. He started to howl. His voice started as the voice I remembered but turned throatier, gruffer, more animal-like.

He towered over my cowering form. I saw from behind him a tail come into view. Long and black. His nose and mouth stretched out into a snout.

I tried not to make a sound. I was in shock and I could barely move.

Despite the fact that he was bigger than me, he was still faster. Before I could blink he was on top of me ravaging my body. I cried out in pain as his claws scraped against my back and his teeth sunk into my neck, biting me. His arms were wrapped tightly around me. The last thing I saw was the full moon before I started to change too.

Do you have a transformation fetish? Then keep an eye out for part 2!