Tiny Useless Dick Is Forced To Wear A Penis Sleeve 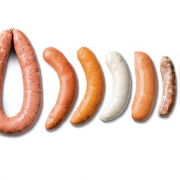 A boyfriend with a tiny useless dick is no boyfriend at all.

A tiny useless dick should be one of the first things I check for before even allowing someone to date me. Unfortunately, it’s not as easy as looking at someone’s big tits or ass. Guys have it easy. Telling if a girl has big tits or a nice body shape is still pretty easy, even with push up bras that make everything look perkier. It’s a lot harder to tell how weak a boy’s little Vienna sausage might be! Usually, these guys with tiny dicks make it easy on me, since they know they’ll never get lucky with anyone. At this point, most guys with small dicks don’t even try to get with me, or they’ve gone through some sissyfication. Guys like that go through feminization. They become “one of the girls.”

I’ve seen a couple of guys that have such tiny dicks that they gave up and turned into cuckold sluts. Honestly, I think it’s just a way of life now. It’s only human nature. If someone continually bullies you for something, your brain just finds a way to make it fun or less damaging. So, a guy with a weak body and submissive personality might just start daydreaming about being dominated. To make it even more fun, they might not be thinking of being dominated by a girl at all… It might start an entire kink for being taken by other men.

I’ve seen it happen all the time.

And a tiny useless dick is just the first step in the game. I’ve had one fuckbuddy that I corrupted completely. His name is Alex. Now, when I met Alex, he was just your typical college guy. He played a little football. However, Alex was smaller than the other guys on the team. So, the coach always benched him as second-string. Alex was riding through school, playing football just to sit on the bench during most games. I guess it should have been a clear warning as to what kind of guy he was. I showed him a little pity. After all, he was kinda cute and fit anyway. I never thought that he’d be packing a tiny useless dick in his pants. The first time I went to really play with him, he met his demise.

The second I saw he had a little hot dog in his pants, I let him down easy. I thought I did a nice thing. However, I only devastated him. I was the third girl to friendzone him just that year. Poor little Alex and his small dick hadn’t found a way to turn it into fetish phone sex yet. He was still acting like an alpha male and being horribly disappointing to every girl he met. But when I saw how sad he got when I was about to leave his dorm, I got a different idea. I could make him my little toy anyway. After all, he was cute. He had a cute face and a nice body. He’d be fun for more than just sex.

So, I got to work playing with his kinks.

And the first thing I bought was a surprise to him. Honestly, it insulted him. I bought a penis sleeve that added a good five inches to his dick and some girth that he was desperately missing. He didn’t even realize that toys like that existed. So when I came home with a sex & lingerie shop bag, he got super excited, just to be let down again. I guess I was disappointing him the same way he disappointed me with that tiny useless dick. While he hated the thought of wearing a penis sleeve at first, he realized he’d finally get to fuck me. So, he finally put it on.

He probably hated it. Honestly, the inside of it was warm and stretchy, and so it likely felt nice around his cock. But he hated that he had to wear it, just to stand a chance at fucking me. Still, it’s a cruel world, and little dick losers don’t get anywhere, do they? He put up with using the toy and the several other gifts I got for him. He was my little loser for now. I had so many more things to play with him with. I’d run into so many guys before that had been through the feminization and cuckolding process at someone else’s hand… but here, I had Alex, who was a little angel to all of it. He was mine to corrupt and emasculate, now.