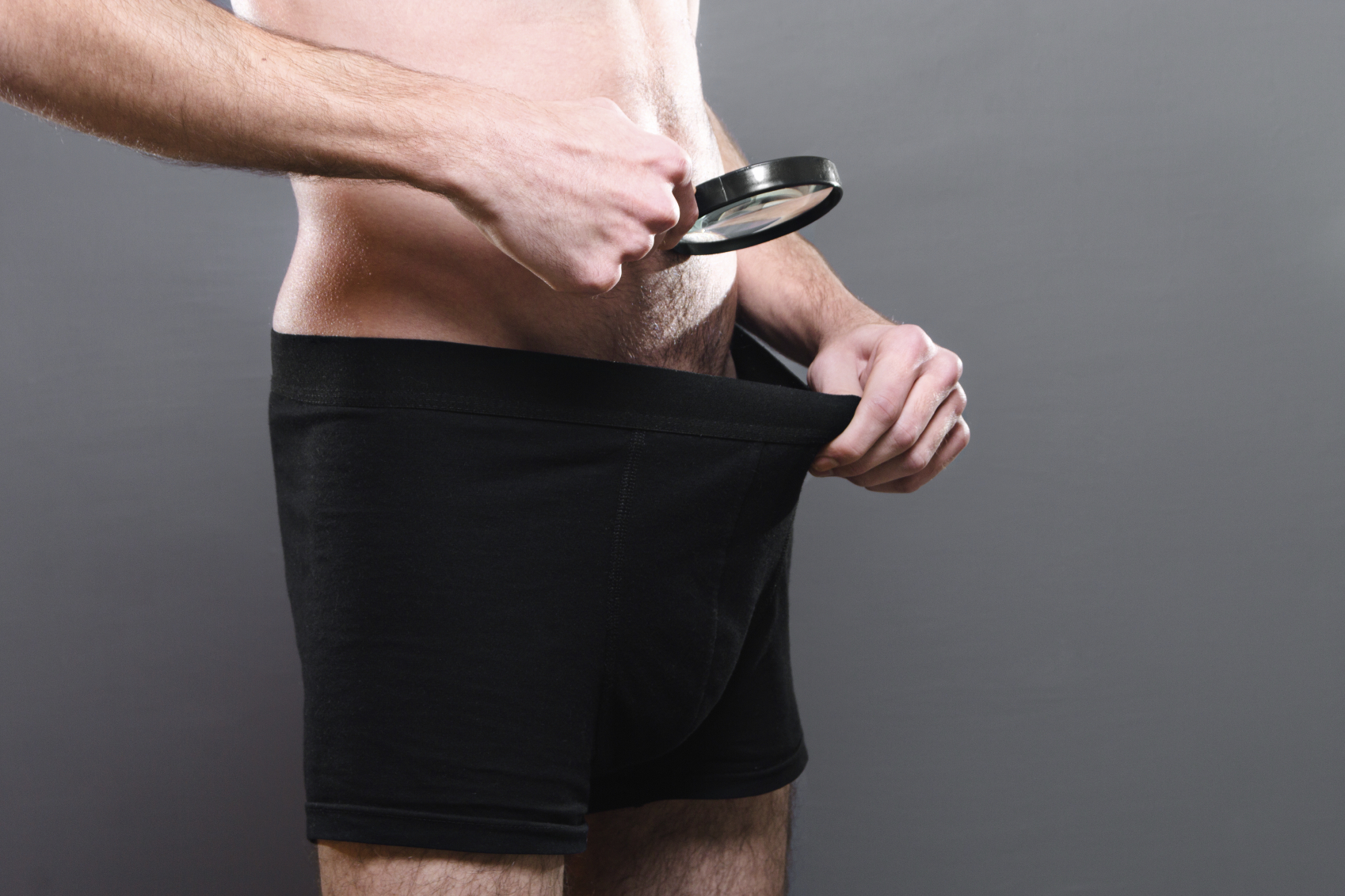 I have nothing against a man with a tiny dick.

In fact, I think there is nothing cuter than a tiny dick. My friend Janie introduced me to Ned at a party and he seemed like a really nice guy. He asked me out to dinner and I accepted. We went out the following night. We had great conversation along with a great meal.

After he paid the check, he asked if I wanted to go to his place. I smiled at him and said, “I’d love to, Ned.” He was a handsome and interesting guy. So full of confidence, too. Fucking him would be a perfect ending to a perfect date. How was I to know he had a tiny dick?

In his bed, we were kissing and groping each other and I felt my pussy starting to get really wet. He was very good with his hands and I didn’t want him to stop.

“Take them off.” I whispered as he rubbed my pussy over my panties. He immediately removed my panties while I pulled my blouse off. He stood up and took off his clothes and that was when I got my first look at him naked. I thought it was an optical illusion at first. Was his dick tucked between his legs, I wondered. Where the fuck is it?

Instead of gazing at a lovely and monstrous piece of throbbing meat, I was looking at a stub. Yes, it was most definitely a tiny dick. Optimistically speaking, it may have been three inches long. The tiny dick was hard and it was twitching rather than throbbing. It was standing proudly against a bush of hair. I glanced up at Ned’s face and he wore an expression that seemed to say, “Come and get it, baby. It’s ALL yours!”

I put my hand over my mouth and held back a burst of laughter. His tiny dick was too amusing to just ignore. “Oh. My. God.” I said, now laughing out loud. “That is a really tiny dick, Ned.”

He glanced down and then looked defensively back at me. “Come on. It’s not THAT small is it?”

I stood up and walked over, holding his tiny dick in my two fingers. “Yes, Ned. News Flash. This is a tiny dick. It’s not just smallish. It’s puny! You don’t really expect me to have sex with this, do you?” I shook his tiny dick a little before dropping it. He shuddered with delight from my handling of his tiny dick and I crossed my arms over my chest, becoming more annoyed.

He smiled and ran his hand over his tiny dick. He was enjoying this!

“I mean… would I even be able to FEEL it? Do you normally have to inform women that you’ve inserted it into them?” I reached out and flicked his little cock head hard. He winced and moaned slightly.

“No wonder you’re single!” I said with a disgusted tone. “No woman in her right mind would put up with a tiny dick like that!” I slapped his meat and he closed his eyes and smiled. I then grabbed it and squeezed until he let out a yelp.

I looked down at my hand and saw that a drop of precum had oozed out of the slit of his tiny dick. I swiped my thumb over it and held the little smear of liquid up to his mouth. His wet tongue immediately swept my thumb and he licked it all up.

I sat on the bed. “Jerk off for me.” I commanded. “I want to see if that tiny dick even works.” He hesitated and I continued, “That really is the only way you won’t suffer from blue balls tonight.”

He grabbed his tiny dick and it disappeared in his fist. He began to pump it and leaned back with a moan.

“That’s ridiculous. Can you even feel anything? I bet you do this a lot, don’t you?” I taunted as I watched him work his tiny dick with gusto. “All of those nights when you’re all alone. Just you and your fist and your tiny dick.” He gasped and jerked harder and faster. “I’m sure that you go on a lot of dates that end in a pity fuck. Those poor women. Having to endure the humiliation of a tiny dick in their pussy. The shame of it.” I shook my head. “What a fucking waste of time.”

I stood up and started to get dressed to leave. “But thanks for a lovely dinner and for an amusing performance. We should do it again some time.”