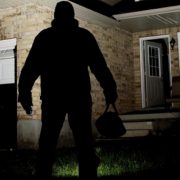 Tied up and cucked

Tied up during a home invasion is a husband’s worst nightmare. It’s such a vulnerable position to be in to witness everything they do without having the ability to stop it.  In this case, this particular husband wasn’t concerned about his money or material positions, but rather his sexy wife in that revealing little nighty.  The five men only needed to take one look at her before deciding to have a little fun with the missus.  A ten out of ten wives is pretty hard for any man to pass up on.  Especially one as stacked as this one, was.
Just like him, she pleaded for the invaders not to do it…until she got an eye-full of what she’d be getting.  Nine and a half inches of pure fuck-meat per guy.  They hovered right over her face dripping delicious alpha pre-cum right onto her.
“Baby, perhaps I should do what they say so that they don’t hurt us,” his ‘poor wife said as that first cock slid right into her mouth without any resistance.

She was doing it for them.

Yes, that’s what she kept saying as she pumped those fat, dick-sucking lips up and down one shaft as her hands went to work with two more.  She tied up her husband was helplessly stuck watching it all. She’d never sucked her husband’s dick like that.  Not that she could given his size.  All she could ever do was suck his dick.  She could never deep throat it and feel it drive its way deep down like she could with these stranger’s cocks.  Imagine watching your own wife’s throat, making room for a bigger, thicker man’s member with every pump.  What nasty, whorish slurping sounds she was making. She’d rather fill her mouth with cock than call for help.

“Honey, please,” the tied up husband begged. “You don’t have to do such a good job sucking their fuck rods.”

She didn’t appear to hear him as he could tell she was busy gulping down that first load.  The way she licked and swallowed every drop had her pathetic husband so hard with jealousy.  Maybe if his own tiny dick weren’t so useless to her, she’d have more restraint when faced with temptation.   She was practically presenting her ass and pussy to the two behind her as they were ripping off her panties and threw them carelessly into her husband’s face.  There was an audible splat when they landed, showing him just how much she wanted it.

First row seats to the fuck-fest

It’d be pretty hard to prove any kind of wrong-doing on the invaders’ part when she was the one bouncing up and down on their dicks.  She wasn’t even held down.  Her legs were spread in her husband’s direction while a nice, fat cock disappeared inside the roof of her hungry pussy.  With a cock still in her mouth, she worked her pussy like some alleyway whore, stirring up those loads in those heavy nutsacks until they released directly into her cunt.  He could see their balls twitch and squeeze out their loads into her before pulling out and revealing her hot, white-coated pussy walls.