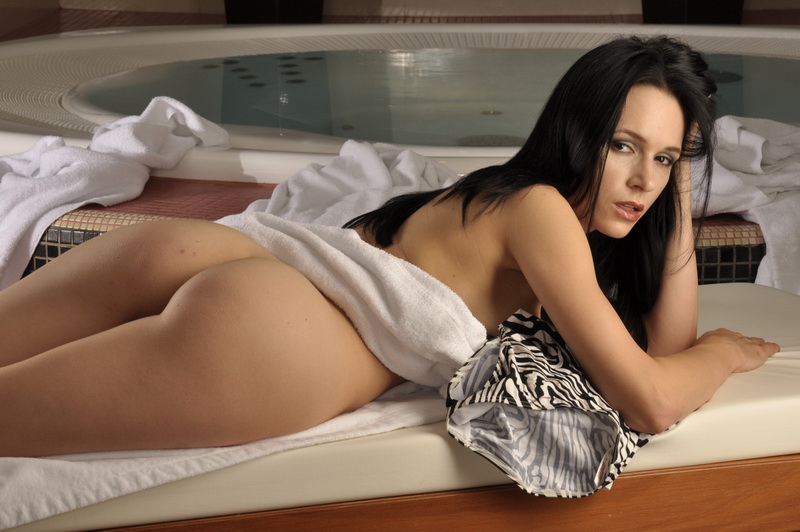 I stopped at my neighbors’ house on Christmas Eve to drop off a bottle of wine and some gourmet cheese.  Jack and Tina were hosting a small party and invited me to come in and stay but I had things to do at home so I politely declined their offer and told them I had to get back home.

“Oh, wait!  We bought a gift for you, Sabrina.” Tina said as I started walking out the front door.  “Jack, can you get Sabrina’s gift from under the tree?  It’s the one with the silver bow.”

Jack handed me a shoebox sized gift and I thanked them and went on my way.   I had lots of wrapping to do and poured myself some wine and put on some music as I worked.

At about 11:30 as I was finishing up and starting to think about going to bed, I  heard a soft knock on my front door.  Then my doorbell rang.  I went to the front door and saw that it was Jack, shuffling around nervously on my front porch.

“Hey!” I greeted him warmly but confused.  “What’s the matter, Jack?”

He chuckled and put his hand over his face to demonstrate how embarrassed he was.  He was holding a gift box in his other hand.  “I uh…gave you the wrong gift.”  he said.  “This one is for you, the one I handed you earlier was for Tina.  I got them mixed up.”

“I thought you’d be shocked and appalled when you saw it.  I was expecting you to come back to our house and fling it at me.”  he said, still chuckling nervously.

His face showed massive relief.  “OH! Thank God!  Forget everything I just said.” he started to hand me the other box and held his hand out for the one I had in my hand.

“Please… just hand over the box.  Forget what I said, it’s better that you don’t know.”  he said.

“Very nice choice, Jack.  Did you pick this one out yourself?”  I asked.

“Yes, I did.  Jeez, I can’t believe you actually opened that, Sabrina.  This is humiliating.”  he said, his face was beet red now.

Maybe I could get Jack to come back and I’ll make a human sundae out of him.  But that’s a story for another time…