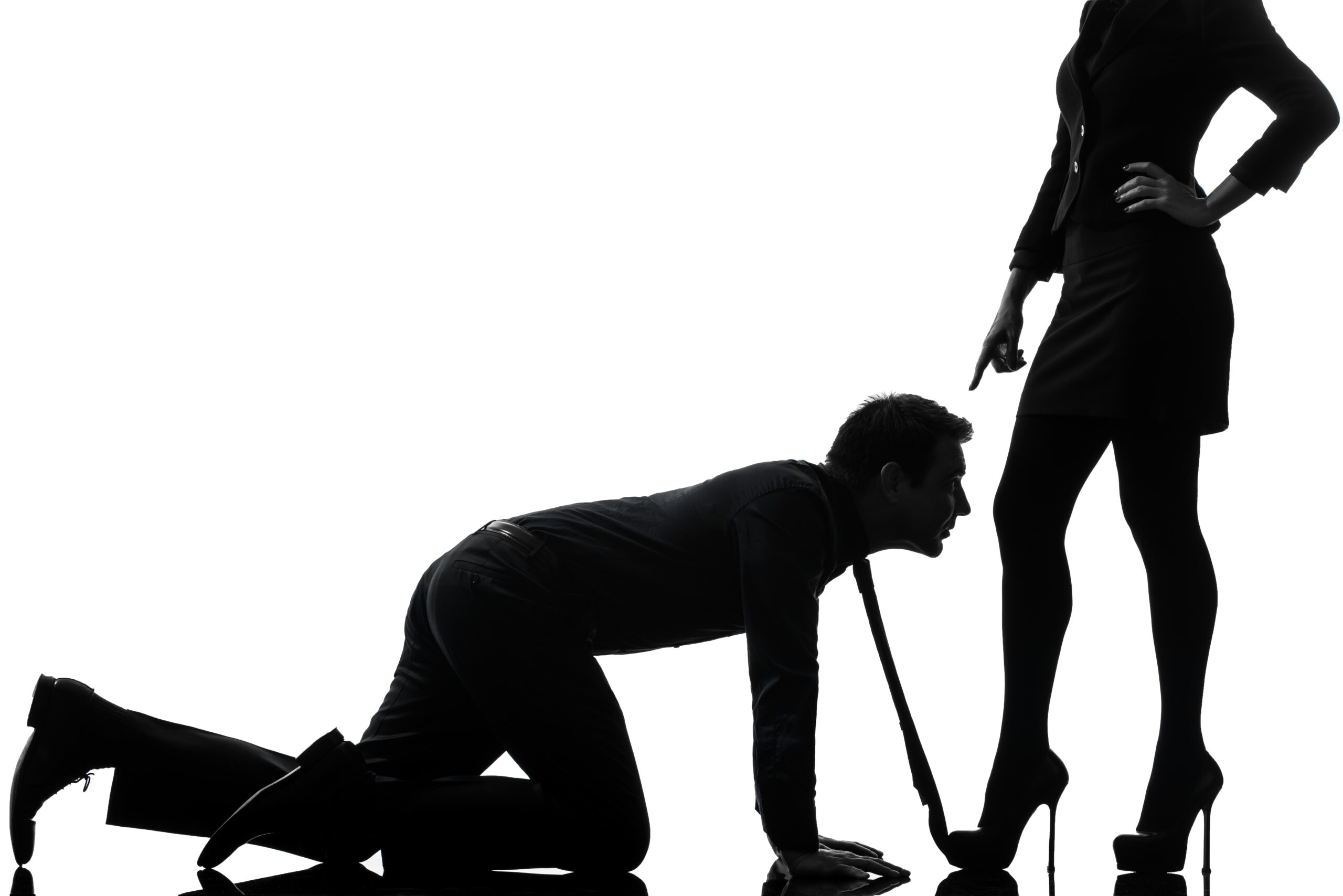 I pushed him off the bed and watched him crawl over to my panty drawer. He hardly ever had let me fuck him with my strap-on when we were dating — but that was the only kind of fucking we were going to do tonight. He was going to get fucked . . . hard.

On his knees, he held it out to me . . . his palms were already getting sweaty, clammy. I could see the beads of sweat trickling down his forehead. He was nervous . . . and I knew he was excited, too.

“Take your pants off, bitch.”

He clumsily undid his belt buckle, his hands trembling with anticipation and fear.

“Faster, you fucking idiot.” I laughed as I watched him scramble to pull them off. I was going to get a good laugh tonight AND an orgasm out of his little show he was going to put on for me, whether he liked it or not.

I stared at him, my eyes full of hatred. I think he was scared. He gave out a little whimper of fear as his lips parted . . . but they weren’t quite far enough apart yet for me to force my whole strap-on down his throat!”

I love to ask my submissives questions while my cock is rammed all the way down their throat . . . right before I punish them, humiliate them more for not answering quickly or “articulately” enough. Ha ha. That joke NEVER stops being funny!

I knew he could smell it, too.