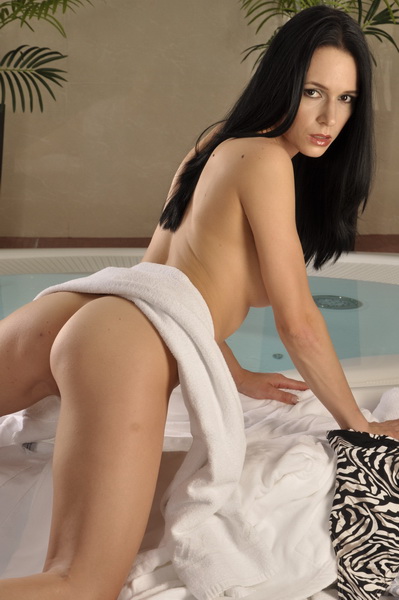 When I was in college, I earned money with all sorts of jobs and one of them was house cleaning.  It was easy money and I usually got tips, depending on how little I wore while cleaning.  I got a call once from a female professor at the university who needed me to fill in for a week while her usual cleaning lady was on vacation.  Professor Adams  offered to pay me pretty good money for just spot cleaning so I jumped on it. I had no idea I would get to use a sex toy in the process!

I had seen Professor Adams around campus before.  She taught an art history class, if I remembered correctly.  She was in her mid-forties, long brown hair and a very nice, slender body. Her voice was soft and soothing as she showed me around her home, showing me what she expected me to clean.  She paid me in advance for the week and I started that same day.

She was usually not home when I worked so I spent some time being nosey and poking around in her drawers. (Come on, I know you’d do it too!)  I learned that her bra size was the same as mine and that she wore sensible cotton underwear.  No crotchless panties to be found.

On my last day at the home of Professor Adams, I decided I would take a peek in the boxes that were tucked away in the back of her bedroom closet.  I pulled one down and started poking through the the stacks of scarves that she had layered on top.  I laughed out loud when I got to the bottom of the stack.  It was none other than a big neon green dildo.  It was wrapped carefully in a scarf and I wondered when the last time she used it could have been. I eyeballed the size of it and estimated a decent 7 inches.

Afterward, I smiled whenever I saw Professor Adams around campus, wondering if my pussy juices ever mingled with hers.  I hoped so!

I love sex toys and if you have one, pull it out and let’s get our cream all over them together!