Teacher Sex Stories; Learning His Lesson With The Naughty Tutor 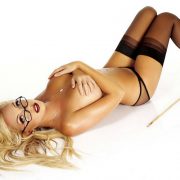 Teacher sex stories can be amusing

Teacher sex stories can be entertaining and forbidden indeed. I’ve been tutoring this college freshman, and he was entirely unmotivated when I met him. I had to find a way to get him to want to learn the material and do well. That’s what his parents are paying for. I quickly learned how I could motivate him. It was obvious he was attracted to me. I guess he thought of me as some sexy milf.  From the look on his face to the rise in his jeans. There was no doubt about it, so I made a deal with him. I told him for every lesson he learned successfully; I’d give him a big, wet, deep kiss. That got him motivated.

He Just Needed Some Hot Motivation

He began to do well and learn the lessons. Evidentally, he was also a pretty good kisser, overall, it wasn’t any great sacrifice to do this. I’d read some teacher sex stories online, and others had motivated students this way as well. So I figured if it worked for them, it could work for me. After a few weeks, I told him I’d give him a bonus if he did even better with his lessons. That I would do the lesson topless. I almost felt mean doing it; it was a real distraction for me to teach him this way. Nevertheless, he didn’t complain whatsoever; I explained the next session I would be bottomless. If he mastered it, the next one would be fully nude.

It Was Time For A Special Reward

What a motivated student! He aced his exams, and I told him how impressed I was with his accomplishments. It was time for a special reward. I thought he might be expecting a hand job or something minor, little did he know what I had planned.

I reached over and rubbed his young cock through his jeans; he was already rock hard. I unzipped his jeans and started to stroke his bare cock. Next, I lowered my mouth down onto his shaft and began to suck him hard.

I should point out, his arousal was obvious, however, you could tell he was nervous.

I knew he was turned on, and so was I.  Quickly, I stood up and took my clothes off, and without reservation, I disrobed him. I pushed him back on his bed and straddled him.

His eyes were as wide as saucers in excitement and disbelief at his good luck. I eased his cock into myself and began to ride him. He groaned in pleasure as I rose and fell on his shaft. He was squeezing my cunt muscles around his young dick. I milked him into me. He squeezed my full breasts. I could feel an orgasm growing within me. I came and screamed, my sounds triggering him to do the same. Suddenly  I felt his cock go off inside of me and squirt his load. It was very hot and sexy for both of us.

Teacher sex stories are some of my favorite kinds of erotica. After all, who could say no to such a taboo and naughty story? Albeit you have your own tantalizing stories you would like to share with me! Instead of keeping your fantasy locked away, why not give me a call?

Lastly, whenever the moment strikes, take advantage of my no limits phonesex roleplay’s today. Until then, have an awesome day.